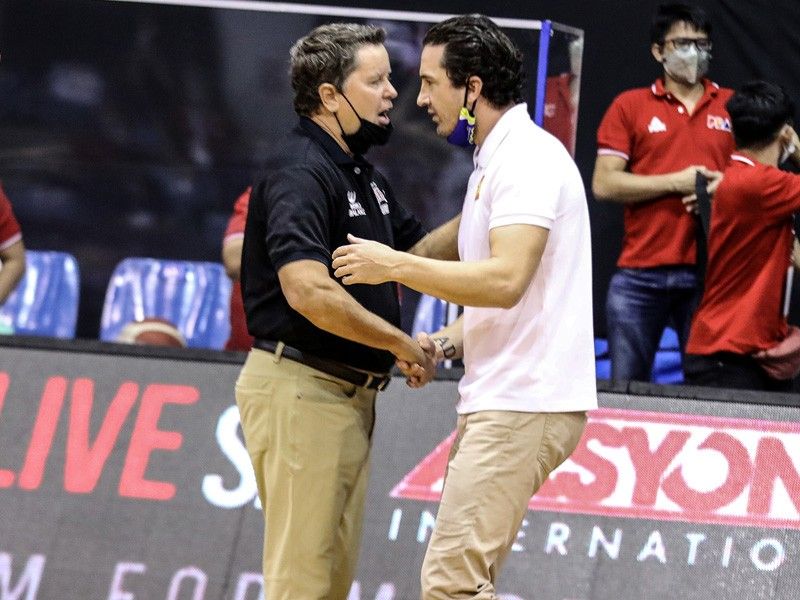 TNT vows to come back stronger after runner-up finish

SMART CLARK GIGA CITY – Expect a gigantic return from the hobbled TNT Tropang Giga after settling for a bridesmaid finish in the historic 2020 PBA Philippine Cup here in Clark, Pampanga.

As tough as their exit was due to unforeseen injuries, the TNT wards held their heads up high upon exiting the bubble after 72 days of sacrifice here miles away from their families.

“It’s frustrating for us again to fall short in the finals,” Tropang Giga active consultant Mark Dickel told The STAR following the unfortunate fall of Jayson Castro (knee) and Ray Parks Jr. (calf) in no less than the Finals.

“Injuries are part of the game. We just have to hope to have better luck with that in the coming conferences.”

From being favorites to win it all in the bubble, the Tropang Giga were decimated to a wounded unit against the healthy and battle-tested Barangay Ginebra as Parks, the statistical race entering the finals, went down with a left calf strain in Game One while Castro aggravated the nagging pain on both knees due to bone spurs in Game Three.

The rest was history as TNT surrendered against the Gin Kings in six games to further extend their PBA championships drought for five years and counting.

This setback will only make TNT stronger, bolder and better next time in a bid to finally hoist a trophy anew especially with unique experiences and lessons inside the bubble for more than two months that only hardened their bond.

“The 70-day experience was enjoyable due to the people involved with our team. We fell short but to a worthy opponent. Hopefully next conference, we can go one step better,” Dickel added.

With bubble revelation RR Pogoy, versatile big man Troy Rosario and anchor Poy Erram ready to run it back as Castro and Parks recover, TNT is indeed bound to the Promised Land – sooner than later.

After all, it’s basically the first time together for this formidable TNT core after Erram’s arrival earlier this year and Parks’ first Philippine Cup stint with the squad following a trade last November.