The softer side of Gringo Honasan

Gregorio “Gringo” Honasan was one of the most prominent figures during the 1986 EDSA Revolution that toppled Ferdinand Marcos and catapulted Corazon Aquino into the presidency. He also took part in a number of coup attempts against the Aquino administration.

A member of the Philippine Military Academy’s Class of 1971, he graduated as “Class Baron” — the academy’s highest leadership award. He joined the Philippine Army’s special forces, the Scout Ranger Regiment, and went into combat against separatist and communist insurgents in Luzon and Mindanao.

Honasan entered politics and became senator in 1995. In the middle of his term, he ran unsuccessfully for vice president. After his term as senator, he took his oath as secretary of Department of Information and Communications Technology in the Duterte administration.

I asked his daughter Klarina “Kuki” Honasan Ulpindo to share with us facets of her dad that we do not know. Klarina is an artist and current full-time homeschool teacher to a six-year-old daughter in the first grade. “Growing up and seeing his experiences in the public eye convinced me and my four siblings to never, ever, pursue a life in politics or high society, though I did consider entering the Philippine Military Academy when I was a pre-teen, in a bid to assert my feminism,” shares Klarina. 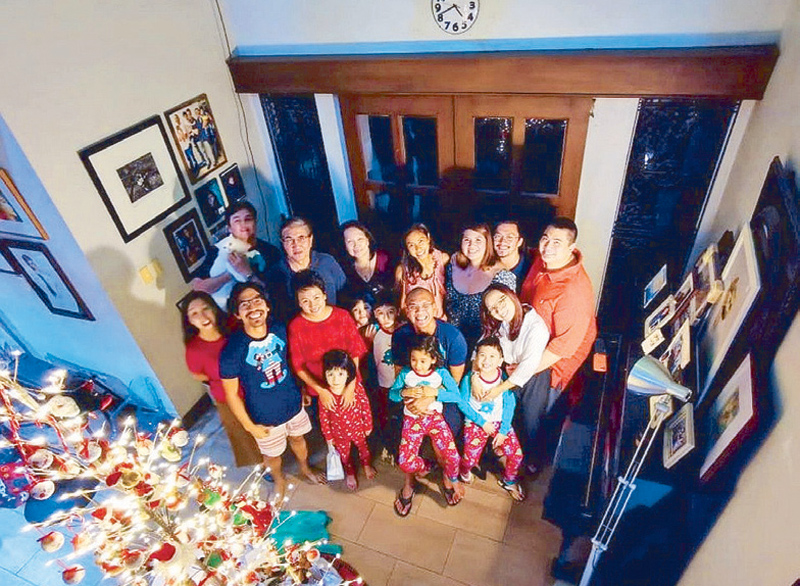 With wife, the former Jane Umali, and their brood.

1. He was born in Baguio and lived for a couple of years in Taipei as a child, when his father, Col. Romeo Honasan, was assigned there as an attaché under then-ambassador Narciso Ramos, father of President Fidel Ramos. Netflix is his “self-care” of choice. He prefers Western historical dramas and samurai movies.

2. There is a 16-year age gap between him and his youngest sister, journalist Alya Honasan. Kuki has this vivid memory of being in Baguio for a PMA event while she was still a little girl. While there, she got stuck inside the toilet, wailing for someone to clean her butt. Papa, decked out in his spiffiest uniform, happened to be the nearest adult to hear her cries. She remembers him sighing audibly, taking off his gloves, and responding to the call of (fatherly) duty.

3. He still has unopened Johnson’s Baby Cologne bottles from the ‘90s. The ones in the opaque pastel packaging, with names like Brisa and Heaven, are enshrined in his bathroom like artifacts. He also likes collecting empty sports drink bottles, the ones you get from convenience stores with the squeeze nozzles.

4. His “uniform” consists of black slacks, black loafers and indigo shirts. The shade might differ but the palette stays the same, forever.

5. He is a Pisces and collects fish-themed knick-knacks.

Klarina ‘Kuki’ Honasan Ulpindo: the second to the youngest child..

6. Speaking of fish, he taught his children how to swim by tossing them in the deep end of the pool. “As a result, none of us five kids have any memory of being fearful of the water. One of our best family trips was swimming with whale sharks in Donsol in 2007.

7. Netflix is his “self-care” of choice. He prefers Western historical dramas and samurai movies.

8. He’s very shy and averse to crowds and hobnobbing. Once, during a church service, the lead pastor took notice of his attendance and called him to stand up and be recognized. Since then, he’s stuck to online services and occasional lunches with a few pastor friends.

9. He is the default “monster” or “enemy” when his five grandkids are playing superheroes. “Oh, no, it’s Lolo, ahhh!” is a common refrain in their house.

10. He’s a domesticated grandfather. Chores include washing the dishes at every meal, trimming the kids’ nails, and watching them in the designated playroom while the parents are at work. He can snooze while the Disney Channel blares in the background.