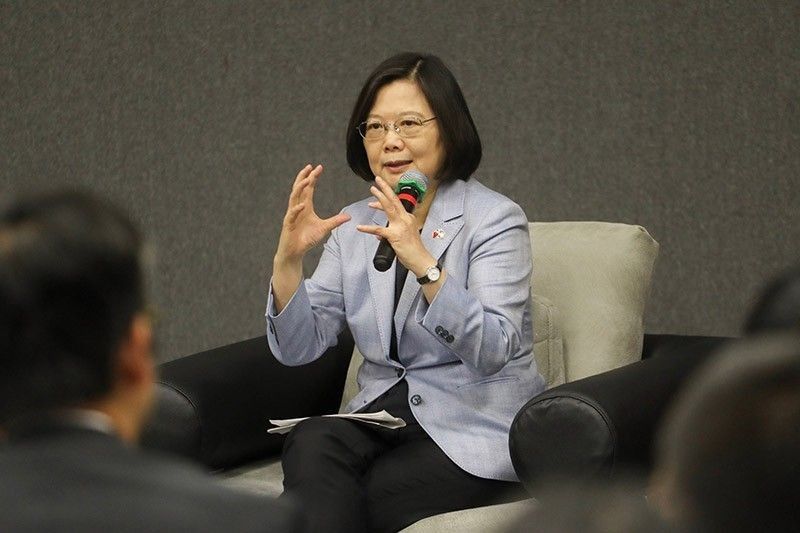 TAIPEI, Taiwan — Taiwan’s leader on Saturday appealed to her Chinese counterpart Xi Jinping to deescalate military tensions and live up to his promise to “never seek hegemony” after months of Beijing ramping up fighter jet incursions.

In a speech on Taiwan’s national day, President Tsai Ing-wen said the international community was becoming concerned about the “expanding hegemony” of China.

Beijing views democratic, self-ruling Taiwan as its own territory and has never renounced the use of force to bring it back into fold.

But Tsai referenced a recent speech by Xi to the United Nations that she said gave the Taiwanese some hope.

“I am also aware that the leader across the Strait (Xi) has publicly stated in a video message to the United Nations General Assembly that China will never seek hegemony, expansion, or a sphere of influence … we hope this is the beginning of genuine change.”

“We are committed to upholding cross-strait stability, but this is not something Taiwan can shoulder alone — it is the joint responsibility of both sides,” she added,

Beijing’s bellicose stance towards Taiwan has increased dramatically under Xi, who has described the island’s unification with the mainland as “inevitable”.

It is also a response to the election of Tsai in 2016 and again earlier this year. Tsai views Taiwan as a sovereign country and rejects the idea that the island is part of “one China”.

China’s military has piled on pressure even more than usual this year, sending its warplanes into Taiwan’s air defence zone at unprecedented frequency and sometimes also crossing the so-called “median line” of the Taiwan Strait.

A Chinese foreign ministry official last month even said there was no such thing as the median line as “Taiwan is an inseparable part of Chinese territory”, sparking condemnations from Taipei.

On Friday, Chinese jets entered Taiwan’s air defence zone for the seventh time already this month and the fourth straight day this week, according to Taipei’s defence ministry.

Tsai pledged that Taiwan “will not act rashly” and will work to lower the risk of military conflict.

“As long as the Beijing authorities are willing to resolve antagonisms and improve cross-strait relations… we are willing to work together to facilitate meaningful dialogue,” she said.