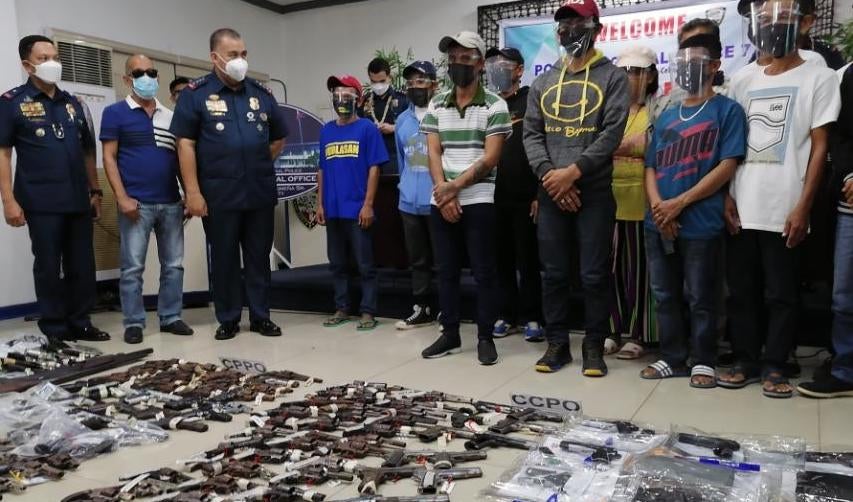 Sinas said that the fight against insurgency is among the priorities of the PNP under his leadership.  Putting an end to armed struggle is as important as their anti-drugs campaign and their fight against corruption among the men in uniform, he said.

During his Cebu visit on Saturday, November 21, the PNP Chief met with 14 former members of communist-terrorist groups (CTGs) and New People’s Army (NPA) that are based in Guihulngan City in Negros Oriental and Bohol province, who recently surrendered to authorities.

“Based on the reports from PRO-7 (Police Regional Office in Central Visayas) and Army combined, there were 80 members, militia, supporters, and spotters (of rebel groups) who have surrendered to the government this year,” Sinas said in a press conference on Saturday afternoon.

While law enforcers in the region claim that the activities of rebel groups have waned, Sinas directed all police units in Central Visayas to continue to monitor their movements.

“We will continue to evaluate their numbers, especially those who remain in hiding and stashing unlicensed firearms and weapons so that their groups will finally be dismantled,” he added.

As for those who have already surrendered, Sinas said these former rebels will be getting government aid to start a new life.

Sinas was named PNP Chief on November 9 to replace Police General Camilo Cascolan, who retired from service the next day.

He served as PRO-7 director from 2018 to 2019.  It was then that he launched Oplan Sauron, the umbrella name for all police-initiated operations against insurgency in Central Visayas.