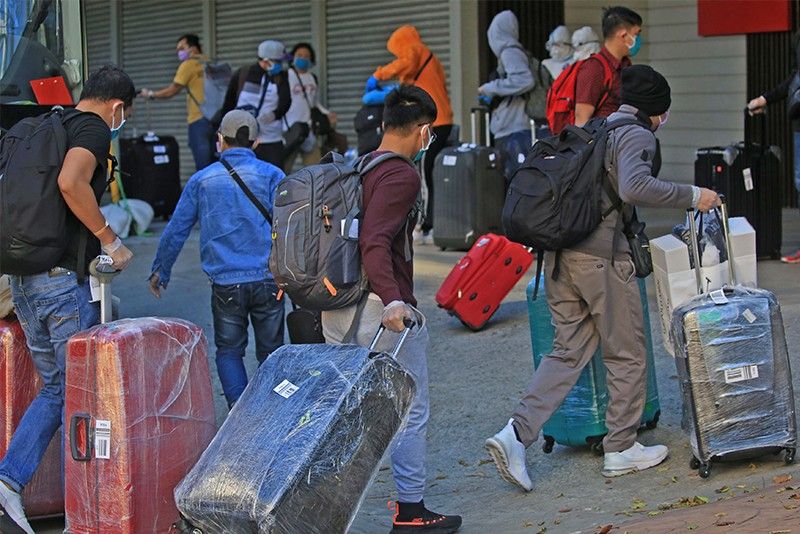 MANILA, Philippines — It would be difficult for Filipinos who lost their jobs abroad to seek employment overseas even once the coronavirus pandemic is put under control, a think tank said on Thursday.

This difficulty for former migrant workers to fly offshore, in turn, would directly result into a commensurate decline in remittances longer than it has so far unfolded, the ASEAN+3 Macroeconomic Research Office said in a report.

“While virus hotspots have largely moved outside of the ASEAN+3 region, continuing outbreaks and stop-go economic activity in key remittance source economies, as well as travel restrictions, paint a grim picture for the months ahead,” the agency said.

“Consequently, re-migration may not be fully possible,” it added.

The bleak scenario adds to the uncertainty for one of the Philippines’ most reliable economic drivers before the pandemic struck last March. By AMRO’s estimates, over 5% of the population in the country as well as Cambodia, Malaysia, Singapore, Myanmar and South Korea were immigrants that send earnings back home.

That made the impact of coronavirus disease-2019 (COVID-19) more pronounced on these economies when cities were locked down and jobs were put on the line. Unlike previous crises when remittances showed some resiliency, AMRO said the “exceptional” nature of the pandemic made it harder for migrant workers to survive.

Even when vaccines are already rolled out, a digital shift in doing business may mean some migrant workers unable to go back to their old jobs without new skillskets. Labor markets would also “take time” to rebound from slump with jobless rates at historic highs.

“Many overseas workers either have had to return home or have been forced to stop work because of massive lay-offs and furloughs, resulting in a sharp decline in earnings and, consequently, remittances,” AMRO said.

“In addition, with fewer available jobs and many borders closed, new deployment had become more difficult,” it added.

These shocks were already felt by the Philippines. Deployment sagged to nearly zero in April when lockdowns were enforced and deployment of health workers was suspended. From January to April, the latest period on which labor data is available, 457,602 OFWs had been deployed, down 41.9% year-on-year.

Remittances also sagged a record 16.2% year-on-year that same month, before gaining some ground in succeeding months to cut the annual decline to just 1.4% as of September, central bank data showed.

But even this recent recovery in remittances was assessed with some caution by AMRO, characterizing the pick-up as “transitory” or “artificial” only because workers who opted to stay in their host nations were exhausting their savings to sustain their families here.

On top of that, with most businesses closed, overseas workers may have learned to funnel their funds through official digital channels and thus getting reported.

That is bound to reverse soon, AMRO said. “Migrants who have had to repatriate because of the crisis might have sent all of their savings home because they did not anticipate returning to their host economies, which would have led to a temporary boost in remittances,” it explained.