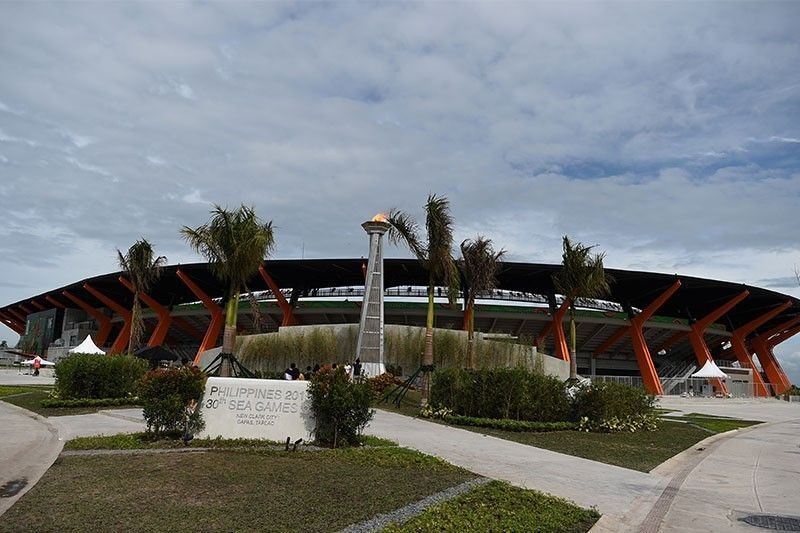 MANILA, Philippines — Sen. Risa Hontiveros on Tuesday sought an inquiry into the alleged anomalous P9.5 billion loan facilitated by the Bases Conversion and Development Authority to build the facilities used for the 2019 Southeast Asian Games.

In a privilege speech delivered to the Senate plenary, Hontiveros said there were issues surrounding the multi-billion credit arrangement involving the BCDA and Malaysian developer MTD Capital Berhad, which entered into what she characterized as a suspect Joint Venture Agreement (JVA) for the construction of sports facilities in New Clark City.

She filed Senate Resolution No. 567 which urges the upper chamber to look into the matter amid supposed signs that the project was a “fake joint venture” funded with a “behest loan” — or a loan granted to firms favored by top government officials — disadvantageous to the Filipino people.

“Given the billions that went to building the facilities used in the 2019 SEA Games, we must see to it that the transactions related to this project did not violate existing laws and policies, and were not prejudicial to the public,” Hontiveros said.

“Mukha kasing naluto ang agreement na pinasok ng BCDA at, dahil doon, nalugi ang gobyerno at ang publiko (The agreement entered into by the BCDA seems to have been cooked up and, as a result, the government and the public lost out).”

Under the JVA signed in February 2018, MTD was to “advance” the entire project cost of P8.5 billion, while BCDA was to provide the land on which the facilities would be built, Hontiveros said. However, she argued that the MTD actually advanced nothing as the capital it was supposed to provide was funded by a P9.5 billion loan from government-owned Development Bank of the Philippines (DBP) which was approved in March 2018, one month after the JVA was signed in February.

The senator also noted that BCDA President and CEO Vince Dizon is currently facing graft and corruption charges before the Office of the Ombudsman in connection with the conduct of the 2019 SEA Games.

In addition to its contractual obligation to facilitate the loan, the BCDA was also required to reimburse MTD for the capital it allegedly advanced. The BCDA did reimburse MTD in December 2019, when it paid the full amount of the loan using a P9.544 billion appropriation in the 2019 national budget, Hontiveros said.

“Thus, the project was funded not by capital from MTD Berhad, as the ‘Joint Venture’ would make it appear, but rather by taxes paid by the Filipino people,” a press release from Hontiveros’ office reads.

Apart from construction costs, the senator said MTD did not contribute or pour any money into the venture. “What is this supposed joint venture for when BCDA used public funds to pay for the amount that should have been shouldered by MTD?”

She further argued that the Senate cannot let the transaction slide as the P9.5 million in question could have been used for the government’s pandemic response or for Typhoon Rolly relief and rehabilitation efforts.

“In February 2018 when the joint venture was signed, and in March 2018, the private partner already had a P9.5 billion loan. That’s seems too fast. Why can’t it be done for other government projects ?” she said in Filipino, hinting at a behest loan. “And without the involvement of the BCDA, would this loan have been granted at such record speed?”

Hontiveros said that the same JVA has been flagged by other government agencies, including the Commission on Audit which said that the project should have been been structured as a Build-Transfer arrangement under the Build Operate Transfer (BOT) Law in its 2019 Annual Audit Report.

The senator further quoted COA as saying that the agreement “was prejudicial to the interests of the government because, among others, the project should have gone through the more stringent public bidding requirements.”

Given this, Hontiveros surmised that the project was packaged as a joint venture to evade rules on public bidding.

The Office of the Government Corporate Counsel (OGCC), the senator added, initially voiced discontent with the project, stating that it should have been structured as a build-transfer instead of a joint venture. Former OGCC chief Rudolf Jurado, however, was replaced by Elipidio Vega and after this the OFCC issued a new opinion stating that the JVA was above-board “reportedly after undue pressure from the BCDA,” Hontiveros said.

Sen. Pia Cayetano, who owned up to missing most of Hontiveros’ privilege speech, took great offense to the allegations issued by the minority senator, citing the “world class standard” of the facilities built for Filipino athletes. Her brother, former House Speaker Alan Cayetano, served as chairman of the Philippine Southeast Asian Games Organizing Committee.

“This is why no one will bother to build decent and awe-inspiring infrastructure here in the Philippines. Because if you build something beautiful, you will be told that you are suspicious,” an agitated Cayetano said in Filipino.

Hontiveros responded by saying that if Cayetano had caught more of her speech, she would not have been so distressed.

The concerns she raised, Hontiveros emphasized, were not spurred by her or news headlines, rather they were from the opinions and observations of COA, OGCC, and Government Commission for GOCCs. — Bella Perez-Rubio