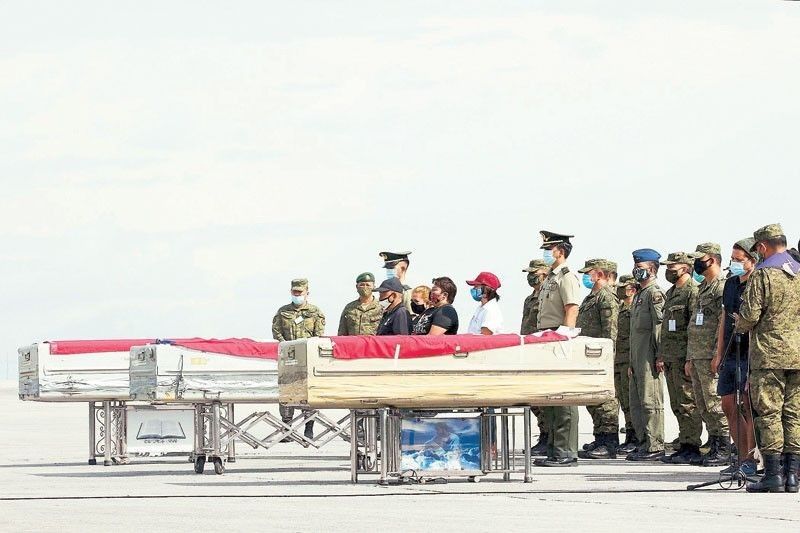 MANILA, Philippines — PNP chief Police Gen. Debold Sinas has instructed the Regional Director of the police regional office of the Bangsamoro Autonomous Region to give “special attention” to the ongoing investigation on the grisly murder of the former Jolo police chief, he disclosed Monday.

Speaking at a press briefing in Camp Crame, Sinas said this was “not only because the victim was a ranking police officer but also because his death is vulnerable to undue speculation that will only serve to muddle the investigation.”

Annayo was formerly the police chief of the Jolo Municipal Police Station at the time of the infamous shootout with intelligence elements of the Armed Forces of the Philippines. He had faced an administrative complaint of neglect of duty over the killings before he was shot.

“My appeal is for everyone to please allow the investigation to proceed and to avoid entertaining baseless theories and unverified information, after all, our common objective is to find out the truth and serve the ends of justice,” Sinas said.

“I am confident that sooner or later there will be a significant breakthrough in the investigation, perhaps a solid lead that will take us closer to the logical conclusion of this case,” he added.

The National Bureau of Investigation has since filed murder and planting of evidence raps against the nine cops involved in the Jolo shooting after its investigation concluded that the firearms found with the military men were indeed planted.

In a joint statement issued Monday, members of PNP Lateral Entry Bagong Tanglaw Class of 2006 condemned “in the strongest possible words the gruesome killing” of Annayo, a member of the class, whom they said was “treacherously murdered by unidentified suspects.”

“We cry for justice and call for an immediate investigation and solution of the case so that the culprits will be held liable and justice is served,” the statement penned by class president Police Lt. Col. Harold Aglipay reads.

“We thank our CPNP for ordering the PROBAR Leadership to conduct immediate follow-up investigation and leave not a stone unturned that will pave the way to the prompt solution of the case,” it added.

A report by Inquirer.net also quotes Police Col. Michael Bawayan, Sulu provincial police director, as saying that Annayo was a “big loss to the PNP force.”

“He was a good police officer, one of the police officers who accomplished much, especially in crime and drug busting,” Bawayan said.

“When Annayo was relieved last July, following the reported shooting incident in Jolo town that left military agents killed, he was never charged of any criminal case,” he also asserted.

Sinas press conference coincided with the anniversary of the Maguindanao massacre, over which Sinas also said continuing manhunt operations were underway for 80 more unaccounted suspects.

“While there are persistent reports that some of these wanted persons have, in fact, left the country, the PNP will continue to exert effort in finding these fugitives to serve the ends of justice,” he said.