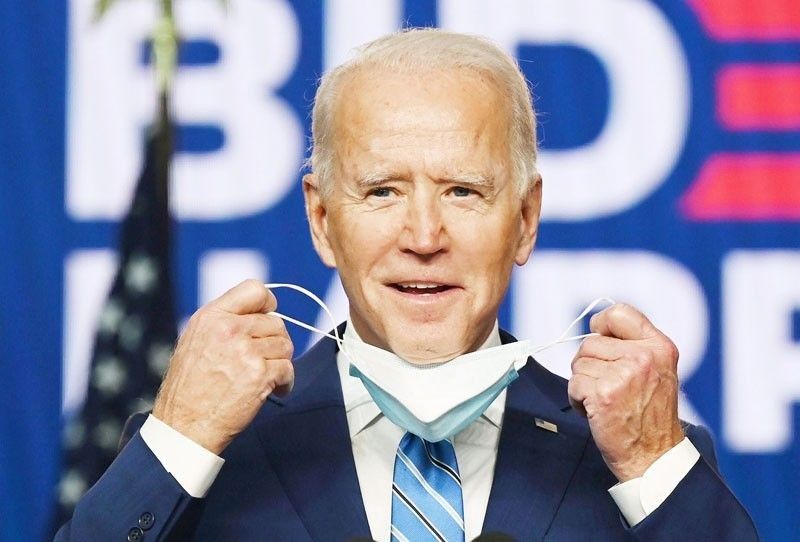 MANILA, Philippines — Hopes are high within the local business community that a new and liberal Biden administration in the US would prompt a dramatic shift toward sealing critical foreign agreements between the Philippines and its oldest ally.

On one hand, business groups are optimistic the Democrat taking helm of the White House starting January 20, 2021 would convince Duterte government to permanently drop efforts to cut military ties between Washington and Manila. On the other, a multilateral trade project could gain traction, while an old funding source may also be reopened.

“The business relations should see slow but steady improvement. (US President Donald) Trump’s policy of ‘America First’ wasn’t a good message for our international partners,” Ebb Hinchcliffe, executive director of American Chamber of Commerce in the Philippines, said in a Viber message.

“Hopefully, under a Biden administration we will see back in Trans-Pacific Partnership and hopefully the Philippines will apply and join the TPP,” he said.

George Barcelon, president emeritus of Philippine Chamber of Commerce and Industry, an industry group, shared Hinchcliffe’s optimism. “From what I gathered, he (Biden) will restart TPP and that is good for ASEAN countries,” he said in a phone interview.

Yet the Philippines’ benefit on any US’s participation in the TPP, now known as the Comprehensive and Progressive Agreement for TPP led by other countries like New Zealand and Japan, would likely take time. President Rodrigo Duterte himself shunned the agreement as he attacked then president Barack Obama, while heavily pivoting to the China-led Regional Comprehensive Economic Partnership.

TPP provides for free flow of goods and labor among participating countries. If data is considered, the Philippines stands to win from the pact— for first 9 months, the US is the country’s third largest export destination and fourth import source. Total trade reached $1.51 billion in September alone, just behind Japan and China.

“Biden will likely change the tone, but it’s not clear how much he can and will change the policies or the trend that Trump triggered,” Coco Alcuaz, executive director of Makati Business Club, an industry group, said in an online exchange.

“There may not be much change on a bilateral level until and unless the US revives TPP,” he added. The trade department has so far not issued a statement on the matter.

One avenue where a quick change may be expected however would be on the two countries’ military alliance. Duterte, provoked by Washington’s visa cancellation of Senator Ronald de la Rosa, a key ally, nearly came on the brink of ending the Visiting Forces Agreement governing the bilateral security pact between the two nations last year. Trump was okay with it.

But last June, just when the process of VFA abrogation was already underway, Duterte backtracked and asked for a 6-month extension before the 180-day countdown to ending the alliance kicks in. That half a year period would expire next month, unless otherwise extended or dropped by Philippines.

“Trump said it was fine for us to leave since it will also save them money but this time with Biden, I believe he would listen to his generals and the military just like how Duterte did,” Barcelon said.

In a statement, Francis Lim, president of Management Association of the Philippines, another industry group, was likewise positive Biden’s US would “strengthen global cooperation, peace and stability.”

A new US federal government also opens up opportunity to renew aid applications to Millennium Challenge Corp., albeit if we do so, it is likely to face an uphill battle due to human rights concerns flagged by the US in 2017. That year, at the height of Duterte’s attacks to foreign powers, Philippines withdrew plans to ask for second round of funding after the 5-year grant worth $433.9 million ended in May 2016.

Finance Secretary Carlos Dominguez III did not reply to request for comment, but finance department sources said officials have not discussed applying before MCC amid fund raising initiatives for coronavirus response. “The team of Biden is more sensitive to human rights issue,” Barcelon said.

“Biden’s democratic and inclusive outlook may slow the anti-democratic wave around the world. That’s a chances that Democrats around the world should leverage to promote more just political and economic policies, which have never been more essential than now,” Alcuaz said.