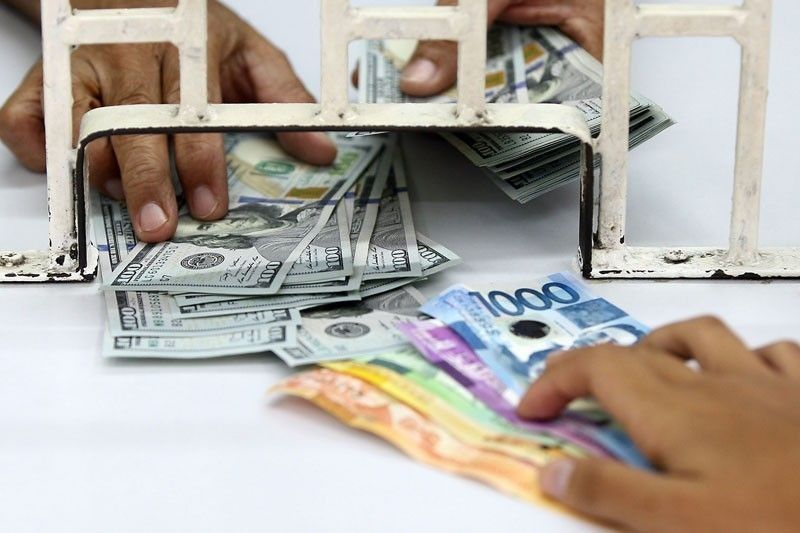 Peso soars to over 4-year high as dollar demand slumps

MANILA, Philippines — The peso opened the week rallying to its highest level in over 4 years on Monday, a milestone largely emanating from tepid demand for dollars coming in tandem with a weak economy.

The local currency firmed up at P48.145 against the US dollar on Monday, stronger than its previous finish of P48.22. This was the peso’s strongest performance since it closed at P48.10 per dollar on Oct. 20, 2016, data showed.

The peso opened the trading day at P48.15 versus the greenback, with its best showing at P48.11 per dollar. Over the weekend, Bangko Sentral ng Pilipinas (BSP) Governor Benjamin Diokno said the local unit’s recent strengthening has basis.

“The peso is supported by a hefty gross international reserves (GIR) in excess of US$100 billion and confidence of international financial institutions and credit rating agencies that the Philippines will not face a debt blowout as a result of the health pandemic,” Diokno said in a text message.

“The peso exchange rate is determined by market forces. BSP has adopted and is pursuing a flexible exchange rate. BSP participates in the FX (foreign exchange) market only when there is a need to smoothen the FX volatility,” he added.

While the central bank and Duterte administration were one in highlighting the peso’s strength as sign of macroeconomic fundamentals are intact, the currency’s strength has come with imports imploding even with most businesses already reopened from broad lockdowns early in the year.

Imports have consistently dropped since April 2019 in what analysts said is sign consumer demand that drives over 70% of the economy has not picked up from slump. Shipments can show demand health in various ways, including how in normal times, capital goods imports would surge because government is building infrastructure.

With imports down, there is little demand for dollars, triggering more peso strength. On Monday, dollars traded were low at just $679.3 million, down from $779 million last Friday.

For Jonathan Ravelas, chief market strategist of BDO Unibank Inc., a retreat on the peso’s rally may not happen this year. “My yearend (projection) is at P48.00, but once importation starts coming in, USD/PHP will reverse itself,” Ravelas said in a text message on Sunday.

Apart from reflecting a weak economy, a strong peso also cuts through remittance earnings of families dependent on income from abroad, as well as that of exporters who exchange dollar payments for pesos.