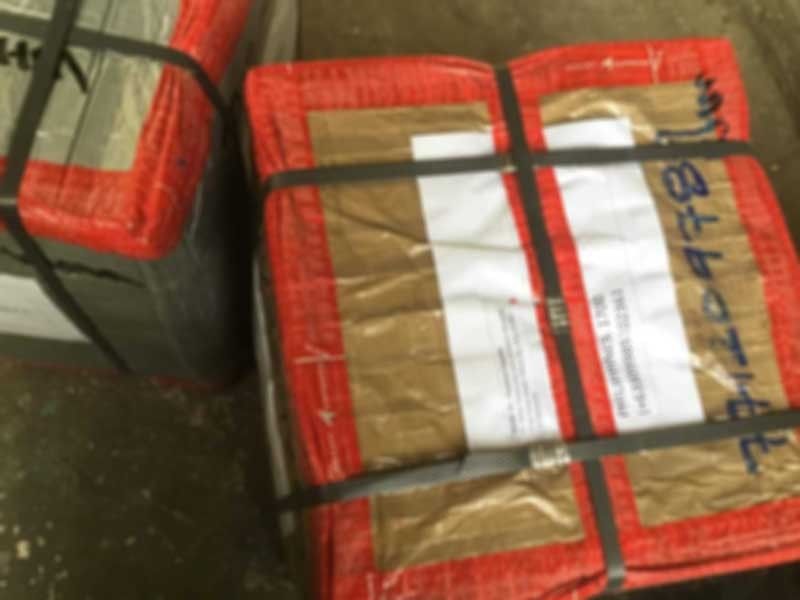 MANILA, Philippines — Every year, Overseas Filipino Workers Florence Fajardo and Bianca Balin make sure their pasalubong boxes are filled and ready by the first week of October: After all, the boxes of goodies they saved up for over the past year — food for Noche Buena and Christmas gifts for everyone — must arrive before the first Simbang Gabi.

Fajardo and Balin, both 32 years old and working as nurses in Abha, Saudi Arabia said it took them longer to fill their boxes this year, but it was mostly due to curfews imposed in malls in their area.

“Before, I used to send over two ‘jumbo’ boxes, for now I decided to send just one ‘jumbo’ and one small box,” Fajardo said in Filipino.

She added they usually fill the boxes with food that can be served for Noche Buena, especially those that are expensive in the Philippines like chocolates. They also put in Christmas gifts for their families.

For thousands of OFWs forced  to return to the country this year due to the pandemic, the Christmas celebration will not include the pasalubong boxes to dig through or a Noche Buena spread of treats from abroad

As of November 21, the Department of Labor and Employment said, 319,333 OFWs have been brought to their respective home provinces after flying back to the country because of the pandemic.

Pasalubong boxes: Goods and some guilt too

Sociology professor Mario Aguja explained that the culture of Christmas celebration in the Philippines, a predominantly Catholic country, is deeply ingrained in the psyche of Filipinos.

The Philippines is said to have the longest Christmas celebration in the world: From September—the first “ber” month—up to January 6, the Feast of Epiphany.

Even before the “ber” months roll in, OFWs start filling the balikbayan boxes they will send back home. Some also save up to fly home to their families and spend the holidays with them.

“For OFW families, Christmas means a lot of pasalubong or a much-needed vacation of loved ones working abroad. It’s a reunion and a thanksgiving,” Aguja explained.

As a former migrant worker himself, Aguja said buying pasalubong is not only giving the best to their families back home, but also “about compensating for the guilt of being away from home during the celebration.”

“It’s another thing to be away from home. It’s another thing not to be home during Christmas. Christmas is always about the celebration of life with loved ones. We were taught about it; we lived with it,” the sociology professor added.

According to 2019 survey data from the Philippine Statistics Authority, there were around 2.2 million Filipinos who worked abroad from April to September last year.

Of these, one out of five OFWs worked in Saudi Arabia. Other preferred destinations of OFWs were the United Arab Emirates—still in the Middle East—Hongkong and Taiwan.

Early in September, Labor Assistant Secretary Dominique Rubia-Tutay said that OFWs who lost their jobs due to the pandemic-induced global recession may reach 700,000.

Home for Christmas, but not for vacation

Elaine Castro*, 31, is among the OFWs who was forced to return to the country by the pandemic.

Castro had been working in Abu Dhabi for two years before she was laid off. “We were given two months’ extension to look for other opportunities before the company cancels the visa. So, I didn’t decide to go home immediately. I maximized the extension given,” she shared.

She acknowledged that she was fortunate her company shouldered her ticket back to the Philippines. As an active member of the Overseas Workers Welfare Administration, her accomodations, food and swab tests were shouldered by the government.

For  affected OFWs, the government has also put up Project Abot Kamay ang Pagtulong (AKAP), cash aid of P10,000 — although  notably below minimum wage in the country — for displaced OFWs and Project Education Assistance through Scholarship in Emergencies (EASE) that aims to give educational assistance to college-level dependents of affected OWWA-member OFWs.

Other migrant workers, especially seafarers stuck on their cruise ships were not as fortunate as Castro. Some had to spend months in their rooms not knowing when they would finally dock. Some were stranded in quarantine hotels for weeks while waiting for their COVID-19 test results.

Castro said she took a break when she arrived but started looking for a new job a week later. She got an offer after three days.

She will be spending Christmas with her family this year, and, this time, not through video call. “In terms of financial capabilities, it’s not really that much difference although the finances were better handled then,” she said.

Loneliness and, because of COVID-19, fear and anxiety too

Sociologist Aguja said OFWs who were laid off due to the pandemic are facing great difficulties and high anxiety. “With no work abroad, and [while] the prospect of finding work in the country is bleak, life [would] be very depressing,” he said.

“It will be a moment of significant adjustment for their families. And family tensions will always be there brought about by the creeping frustrations and low self-esteem among our OFWs,” Aguja added.

There is a growing fatigue with the long-drawn crisis brought about by the pandemic, Aguija pointed out. “Crisis in governance” and a string of calamities have exacerbated the situation too.

“Romanticizing resilience is to be insensitive to the real plight of OFWs. What they need now is solidarity rather than empty promises,” he added.

OFWs are used to battling loneliness during Christmas, but this year, they also face anxiety and fear over a pandemic and the economic disruption it has brought.

Ann Santos, a 38-year-old factory worker in Taiwan, shared she had to work even on Christmas and New Year day when she is abroad. “We just celebrate it when we do not have work or the next day,” she said.

When they celebrate the holidays, they usually have small gatherings and quick meals. “Then we sleep immediately because there is work the next day,” she added.

Nurses Fajardo and Balin stand at the forefront of the battle against the coronavirus due to their professions. This means they know firsthand how easily the virus is transmitted, especially to the vulnerable.

The Department of Foreign Affairs said that as of November 29, 11,676 Filipinos abroad contracted COVID-19. Of these, 845 died while7,497 have recovered.

Fajardo said she is worried for her parents who are already past 60, with her father also having diabetes. She said the family has not been allowing their parents to leave the house, and that she has assigned a sibling to do the groceries.

But instead of buying from their “suki” at the wet market, where they can sometimes get discounts, they have opted to buy at the supermarket, and this only means spending more.

“Our budget was really affected but we’ll find a way to keep this up, so long as Mommy and Daddy are safe,” she added.

Balin also admitted being scared of contracting COVID-19. “There is also fear that — because I am away from my family — what if one of them becomes sick? There is anxiety, fear and worry.”

Leaving the country amid a pandemic

Aside from fear of contracting the coronavirus, there is also anxiety over job security.

Balin, who has been working as a nurse in Saudi Arabia for three years, shared she is scared that she may lose her job any day.

“There is fear that one day, the hospital might halt operations,” she said.

Fajardo shares this fear. She explained that she was due to “exit” — return to the Philippines after ending her contract — in 2020 but was forced to extend her stay because of lockdowns.

She said that it was difficult for the hospital to find a replacement for her.

“Now, I think that turned out better since we still have spending money especially since the electricity bills doubled,” she said.

She is worried about finding a new job abroad once her contract ends.

But Santos, who works in Taiwan, said she is willing to take the risk to work in a different country even when there is still a pandemic.

Castro said she does not intend to stay in the Philippines for long either.

“I am still actively looking for opportunities outside the Philippines… I’m just waiting for the situation to get better,” she added.