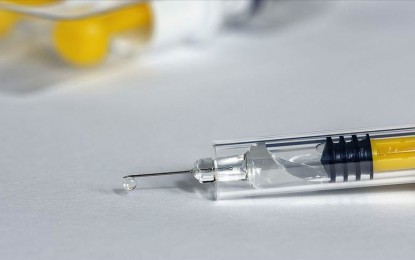 MANILA – Malacañang on Thursday welcomed plans made by some local government units (LGUs) to purchase doses of coronavirus disease (Covid-19) vaccines but reminded them that the national government has allocated funds for 60 to 70 percent of the country’s population.

Presidential Spokesperson Harry Roque made this statement after Puerto Princesa Mayor Lucilo Bayron said the city government has requested for some PHP100 million to buy doses of vaccines for their people.

However, he raised the possibility of having problems in supply as many countries would race to acquire doses of the vaccine.

He suggested using the local funds to purchase vaccines not among the four brands already identified by government.

“Perhaps you can propose na iyong local appropriation ninyo (that your local appropriation) can purchase a vaccine that is not included in the four na mayroon na tayong quota para mas marami iyong makuha natin, kasi hindi lang naman po apat iyong magkakaroon ng vaccine (that already have quotas so that you can acquire more, because it’s not only four brands developing a vaccine),” he said.

Even if the national government has set aside funds for the entire nation, Roque said he would not discourage other LGUs from purchasing their own vaccines.

“Hindi ko rin po dini-discourage ang mga local government units na maglaan ng sariling pondo dahil sinasabi ko nga mayroon pa namang ibang mga bakuna na pupuwede nating bilhin at kung handa silang gumastos, siguro naman po ang (I will not discourage local government units to allocate their own funds because as I said there are other vaccines that we can purchase and if they are prepared to spend, perhaps the) national government will order for them para mas marami tayong bakunang makuha (so that we can get more vaccine), over and beyond our quotas,” he added.

Earlier, Galvez said the government has come up with a list of 25 million people who will get the vaccine first including the poor, healthcare workers, police and military personnel, and essential service workers.

President Rodrigo Duterte earlier approved Executive Order No. 121 on the Emergency Use Authorization (EUA) of drugs and vaccines against Covid-19.

The EUA is expected to speed up the processing time for approval of potential vaccines from six months to 21 to 28 days. (PNA)