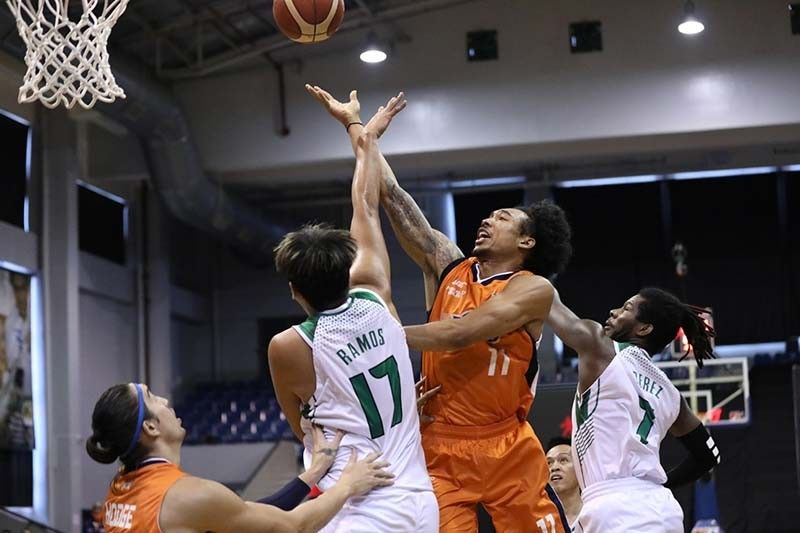 MANILA, Philippines — The Meralco Bolts averted disaster on Sunday after a 95-93 escape act against the Terrafirma Dyip in the PBA Philippine Cup at the AUF Sports Arena and Cultural Center in Pampanga.

Chris Newsome hit a game-winner over former Rookie of the Year CJ Perez to send the Bolts to a 6-4 record, inching closer to much coveted Philippine Cup playoff appearance.

Meralco hasn’t been to the playoffs in the All-Filipino conference since 2015, and a win over NorthPort or a loss from the NLEX Road Warriors will send them to the postseason.

Dyip, who have already been eliminated from playoff contention, erased a 20-point deficit in the final salvo.

The Bolts looked to have a complete meltdown but Newsome’s fadeaway jumper right at the buzzer shocked them back to life.

Although it was Newsome who saved the day for the Bolts, it was Raymond Almazan who brought home Player of the Game honors with a double-double performance.

The big man tallied 15 points, 10 rebounds, and two rejections in the emphatic win.