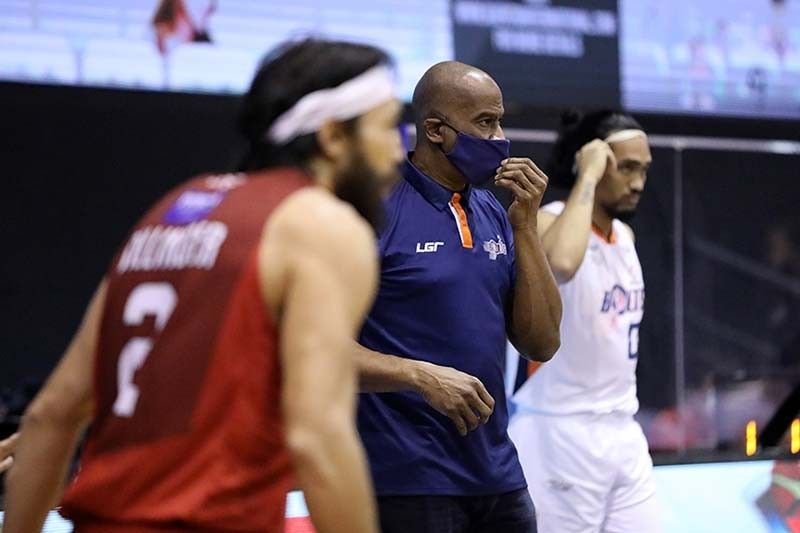 MANILA, Philippines — The Meralco Bolts may be coming from an emphatic Game Two victory over the Ginebra San Miguel in their best-of-five series in the PBA Philippine Cup semis.

But head coach Norman Black isn’t resting his laurels, expecting a lot of improvement on the part of their opponents.

“In this type of series, its always a game of adjustments,” said Black. “Obviously we lost Game One so we were the ones who really had to adjust to try to keep up with the Ginebra team,”

Eager to take back control on the series, Black foresees tweaks to his rival coach Tim Cone’s strategies.

Rather than anticipating their opponents’ moves however, the 63-year-old coach is choosing to focus on what he and the rest of his squad can control.

And that all begins in their preparation leading up to the crucial Game Three matchup later today.

“We just have to prepare the team as best as possible, study the tape to see where we can make some improvements,” said Black.

Whether or not the Meralco Bolts can sustain their momentum against the top-seeded Gin Kings will be seen when the game tips off at 6:30 p.m. at the AUF Sports Arena and Cultural Center.

Before the clash between Meralco and Ginebra, the TNT Tropang Giga and the Phoenix Super LPG Fuel Masters will also look to break the deadlock in their series in the first game penciled in at 4 p.m.