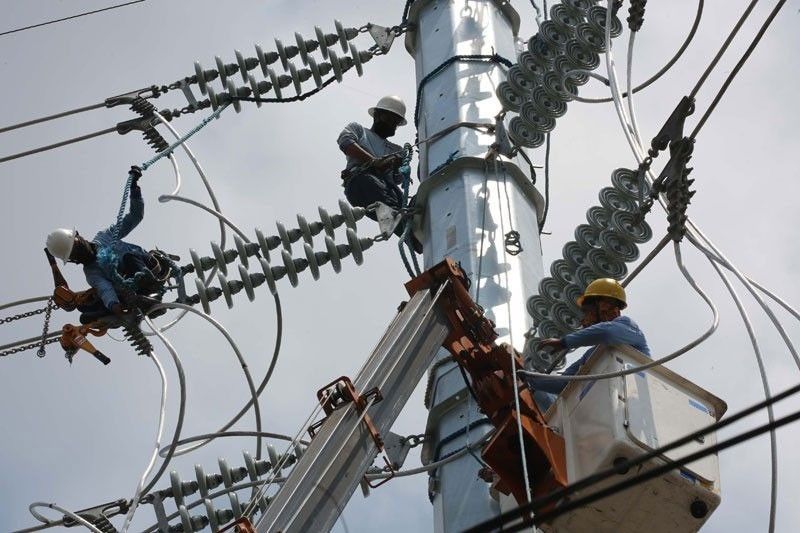 MANILA, Philippines — The Manila Electric Co. (Meralco) has announced a reduction in its electricity rate for November, on account of lower generation charge due to an improving supply situation.

At a virtual press briefing yesterday, Meralco spokesman Joe Zaldarriaga said the rate for November went down by P0.0395 per kilowatt-hour to P8.5105 per kwh from P8.5500 last month.

The lower rate for this month is equivalent to a decrease of around P8 in the total bill of residential customers consuming 200 kwh.

Meralco said this month’s overall rate also represented a net rate reduction of P1.35 per kwh since the start of the year and is the third lowest overall power rate since September 2017.

It attributed the decreased rates to lower generation charges, which went down by P0.0215 per kwh to P4.2018 per kwh this November from P4.2233 per kwh in October.

“This month’s decrease in the generation charge is mainly due to the P1.2800 per kwh reduction in charges from the Wholesale Electricity Spot Market (WESM),” Meralco said.

The Luzon grid’s power supply situation improved in October, as demand decreased due to weather disturbances and there was less generation capacity on outage.

Meralco said lower Malampaya natural gas prices due to its quarterly repricing and a slight peso appreciation resulted in P0.0842 per kwh drop in cost of power from Independent Power Producers (IPPs).

In contrast, charges from Power Supply Agreements (PSAs) inched up by P0.2118 per kwh partly due to the forced outage of San Gabriel during the supply month.

It added that transmission charge, taxes and other charges for residential customers also registered a net reduction of P0.0180 per kwh.

For December, Meralco head of utility economics Lawrence Fernandez said the company expects that the generation charge will not be too far off from the November charge in the absence of any major development.

Fernandez, however, said the company is monitoring the maintenance shutdown of the Malampaya gas facility this month, which could affect spot market prices next month.

“It might affect the ability of certain power plants that get fuel supply from the Malampaya natural gas platform to deliver power and that might affect the adequacy of capacity in the grid, which may push up spot market prices,” Fernandez said.

Meanwhile, Meralco assured its customers of full compliance with the Energy Regulatory Commission (ERC) advisory on no-disconnection until the end of the year.

“In line with the ERC Advisory, Meralco will NOT implement any disconnection on account of non-payment of bills until Dec. 31, 2020 for consumers with monthly consumption of 200 kwh and below,” the company said.

For customers consuming 201 kwh and up, Meralco said it would follow ERC’s advisory stating that a minimum 30-day grace period would apply on all payments falling due within the period of enhanced community quarantine and modified ECQ, without incurring interests, penalties and other charges.

“Any unpaid balance after the lapse of the 30-day grace period shall be payable in three equal monthly installments without incurring interests, penalties and other charges,” it added.

In accordance with the ERC advisory, Meralco also urged customers with the ability to pay to settle their bills within the original due date to help ensure easier management of cash flow as well as continuous supply of electricity.