Malasakit, like many other words in the Filipino language, does not have a direct translation.

A cursory perusal online would reveal translations or meanings, usually in the noun form pagmalasakit, translated to concern, empathy, care, compassion, and the like. But these do not really capture the essence, the true meaning of the word.

There are two translations or meanings that best describe what malasakit is.

The first is “to care for someone or something like one’s own.” 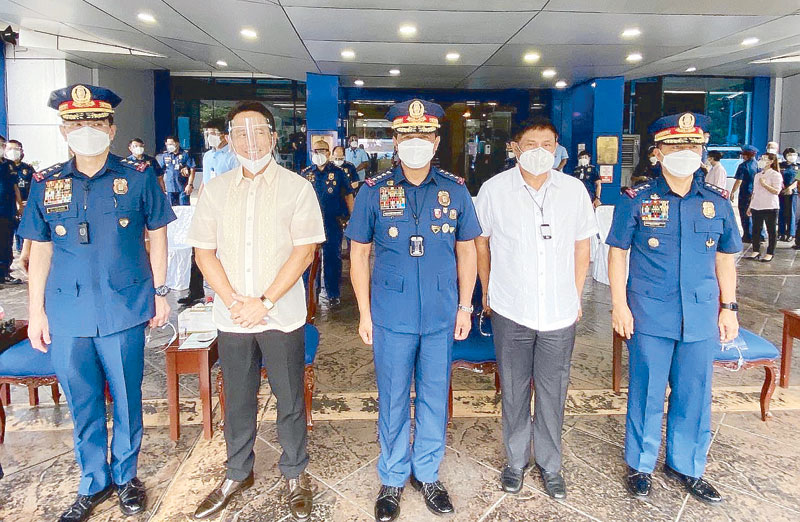 The second, and probably more meaningful, translation would be “to care for someone without expecting something in return.”

No wonder then that President Rodrigo Duterte anchored his 2016 presidential campaign on “Tapang at Malasakit,” two very strong virtues that would naturally elicit support and admiration from the hearts and minds of the Filipino populace.

In December 2019, the President signed into law Republic Act No. 11463, or the “Malasakit Centers Act,” which sought to establish Malasakit Centers in all Department of Health (DOH) hospitals in the country and the Philippine General Hospital (PGH).

These Malasakit Centers would serve as one-stop shops to receive and process requests for medical and financial assistance for indigent and financially incapacitated patients.

The incumbent Chief of the PNP, Police General Camilo Cascolan, established a nine-point agenda upon assumption of office, one of which was to enhance work performance, morale, and welfare.

In his first-ever command conference last September, the PNP chief noted that the PNP’s provision on healthcare and wellness services would improve in partnership with various healthcare providers and national hospitals.

One of these partnerships was between the PNP and the Makati Medical Center Foundation Inc. (MMCFI). A memorandum of agreement (MOA) between the two was signed last September by the PNP chief and Manuel V. Pangilinan, MMCFI chairman, and was aimed at ensuring the health and wellness of police personnel amid the COVID-19 pandemic. It also served as part of continuing efforts between the MVP Group of Companies and the PNP to further strengthen their partnership, which has been ongoing through the years with various programs and projects.

It was along this line that the PNP Directorate for Police Community Relations, under the leadership of Police Brigadier General Rhodel Sermonia, launched the Pulis Makatao, Malasakit Center that would serve as a one-stop shop for the PNP Uniformed and Non-Uniformed Personnel and their dependents who seek assistance in medical services, education, housing, livelihood, retirement claims and other social concerns.

A nationwide simultaneous launch of the Pulis Makatao, Malasakit Center was held recently, with no less than the Chief PNP together with the PNP Command Group in attendance at the PNP National Headquarters in Quezon City, with the Police Regional Offices (PROs) holding their own launching ceremonies via videoconferencing.

Sen. Christopher Lawrence “Bong” Go was the guest of honor and speaker who attended via videoconferencing. In his message, Senator Go lauded the PNP for coming up with the Pulis Makatao, Malasakit Center initiative, which was similar to the Malasakit Centers in government hospitals. He mentioned that he knew that a lot of policemen only wanted a healthy life for their families, and that the policemen deserve better.

Senator Go also emphasized that President Duterte prioritizes the welfare of the police force in recognition of its crucial role in the campaign against illegal drugs, criminality and corruption.

I must make mention, of course, that establishing Malasakit Centers in public hospitals was being done by Senator Go even before he became a senator and that it was through his spearheading, both as author and as chairman of the Senate Committee on Health and Demography, that the Malasakit Center was institutionalized into law.

With this Pulis Makatao, Malasakit Center, things are looking well for the PNP with General Cascolan at the helm. His plans for the PNP under his nine-point agenda deserve our utmost support.