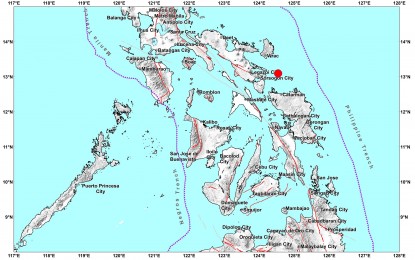 Intensity 3 was reported in Bulusan, and Irosin, Sorsogon; Catbalogan City, and Intensity 2 in Palo, Alangalang, Babatngon, Calubian and Dagami, Leyte.

Phivolcs said aftershocks are possible, but damages are not expected.

Engr. Raden Dimaano, head of Sorsogon Provincial Disaster Risk Reduction Management Office (SPDRRMO), said there are no initial report of damages, but they are monitoring the situation in the municipality of Prieto Diaz.

“We are coordinating with all the barangays especially the coastal areas,” Dimaano said. (With reports from Connie Calipay/PNA)