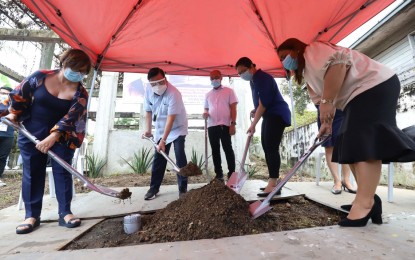 This, as the city government led Ilonggos in commemorating the 164th birth anniversary of hero Graciano Lopez Jaena on Friday through a short visual presentation.

The over 11 minutes presentation was highlighted with stories and facts about the life of Lopez Jaena from historians and his descendants.

Ilonggo historian Demi Sonza said that founding the newspaper La Solidaridad in 1889 in Barcelona, Spain was the “most significant thing” Lopez Jaena did.

“Our hero from Jaro took the initiative of putting up a newspaper to be the official organ of the propaganda movement. He called the newspaper he founded La Solidaridad, advocating equality between Spaniards and Filipinos before the law advocating the granting to Filipinos of fundamental freedoms like freedom of speech, freedom of the press, of assembly,” Sonza said.

He added that the newspaper, for seven years, was the “mirror of Filipinos’ dream and aspiration”.

Two days before the virtual celebration, the city government and the Graciano Lopez Jaena Foundation broke the ground for the shrine.

Mia Fe Lopez-Cruz, 4th generation descendant and president of the foundation, said that the lot was purchased for the city government to build the Graciano Lopez Jaena museum and library.

“Our primary aim is to perpetuate the memory of our only Jaroleño Ilonggo national hero and secondly to promote his ideas that remain relevant,” she said.

The hero, she added, has left Ilonggos with “priceless heritage that present and future generation should appreciate”.

Mayor Jerry P. Treñas said that Lopez Jaena is “an embodiment of the bravery and courage of Filipino people who are willing to put their lives at risk for freedom and justice through his written works”.

“Today is a reminder, through our little act, by doing our own shares, we can become heroes of our own. Let this serve as an inspiration to all of us that we can become the modern heroes of our country by helping your fellow man, by doing your own little share in bettering the communities and by supporting government programs and projects that promote sustainability,” he said.

Meanwhile, Bacolod-based journalist Mate Espina said that while she could not remember a particular story that was told by her grandmother about the hero, yet she believed Lopez Jaena’s blood runs through their veins because they are from a family of journalists.

“I guess Graciano continues to inspire us in our work as journalists. Like him we refused to be silent and continue to speak about the truth, especially today,” she said.

In celebration of his birth anniversary, Republic Act No. 6155 was “enacted without executive approval” on November 9, 1970 that declared December 18th of each year as an official public holiday in the city and province of Iloilo to commemorate the birth anniversary of Lopez Jaena. (PNA)