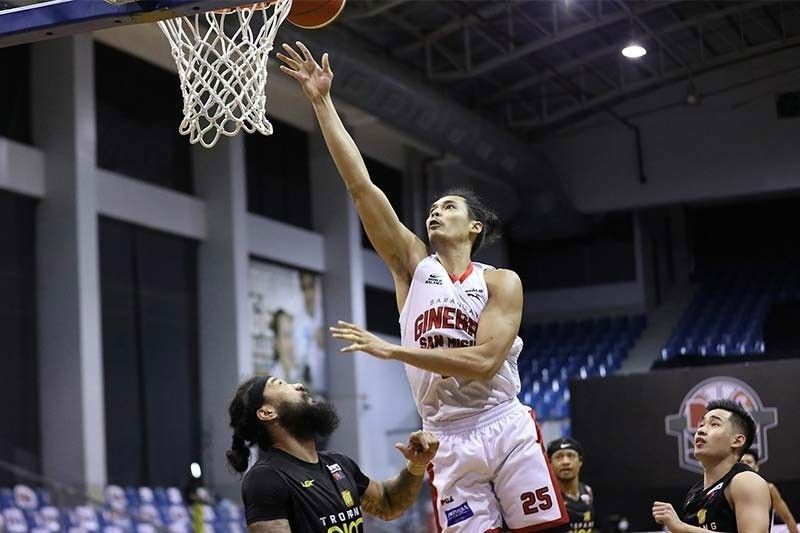 After taking Game 1 via a 100-94 overtime thriller, the Gin Kings are poised to repeat today against an opponent who may not be full-strength for the second game of the best-of-seven series.

The Tropang Giga listed top gun Ray Parks Jr. as doubtful for the 6 p.m. match at the AUF Sports Arena Powered by Smart 5G due to strained calf muscle.

Parks’ possible absence may give Ginebra an added edge as it bids for a 2-0 lead but coach Tim Cone and company aren’t going to be lulled to complacency against Jayson Castro and TNT.

“They got a lot of weapons over there, they got a lot of different ways to play the game,” said Cone, who expects a lot of “back-and-forth in terms of adjustments throughout the rigorous series.”

Parks, the leading bubble MVP contender, will surely be leaving big shoes behind if he’s unable to play in Game 2.  Despite limping in the opener, he accounted for 20 points, four rebounds, four assists, five steals and two blocks.

TNT mentor Bong Ravena said Parks or no Parks, the Tropang Giga should be ready for the task at hand.

“We shouldn’t be disheartened if ever he can’t play. We have to deal with that and we expect everyone to step up,” said Ravena.

Castro is tipped to provide the leadership and regulars RR Pogoy, Troy Rosario and Poy Erram are expected to do their share as TNT tries to avoid a 0-2 deficit.

“We have no choice but to face the odds, fight on and stay mentally strong,” said Ravena.

The Gin Kings are treating each game as a “do-or-die.”

“We never know, this might be my last time to play in an all-Filipino championship,” said skipper LA Tenorio, whose error-free 12-point, 10-assist performance helped never-say-die Ginebra win the opener.  “Whatever it takes for us to take the win, we’ll do it.”

Cone maintained it’s going to take a concerted effort from Tenorio, Stanley Pringle, Japeth Aguilar, Scottie Thompson, and the rest of the gang.

“No one person will be able to beat TNT. It’s going to be ‘team’ – everybody contributing, everybody stepping up,” he said.