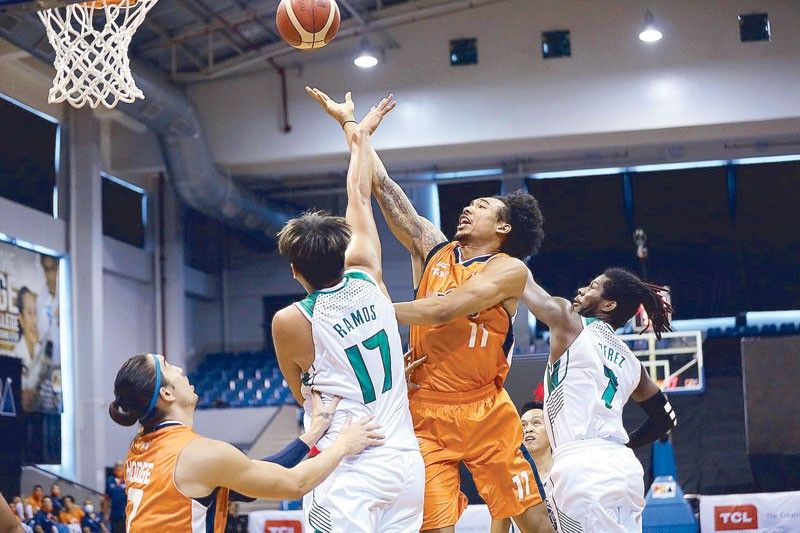 MANILA, Philippines — The Hotshots, who tore through the opposition in their last four assignments, made NorthPort their latest prey with an 83-76 verdict at the AUF Sports Arena Powered by Smart 5G.

Ian Sangalang punched in 23 points and nine rebounds while Paul Lee delivered 14 points, eight assists and six rebounds as relentless Magnolia roared to 6-4 and stayed in good shape in the tight race for the quarterfinals.

They share fourth with idle Alaska and the Bolts, who earlier scored a 95-93 nail-biter over Terrafirma.

Chris Newsome banged in a stunning last-gasp fadeaway as the Bolts fended off the Dyip’s furious fightback and got back on track from their embarrassing 79-92 loss to TNT the night before to rev up their Last-8 drive.

In the morning play, Rain or Shine leaned on Javee Mocon’s return-to-form outing (19 points, 13 rebounds) in beating Blackwater, 82-71, to end a three-match drought and improve to 5-4.

The E-Painters, who pulled through with James Yap sidelined by a sore left calf and Rey Nambatac forced out by a sprained left ankle in the second, cemented their position in the Magic 8. They also effectively shut the door on the Elite (2-7), the Batang Pier (1-8) and the Dyip (1-8).