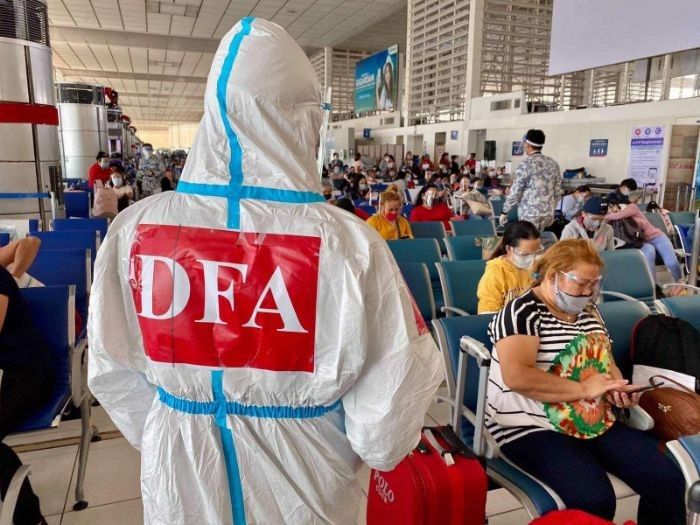 MANILA, Philippines — The Department of Foreign Affairs on Monday said it brought home another 8,831 Filipinos from overseas last week.

This brings the total number of migrants repatriated by the agency due to the novel coronavirus crisis to 254,785.

It added that another 611 Filipinos returned from Asia-Pacific, trailed by 503 repatriates from Europe and two from the Americas.

On Monday, two DFA-chartered flights from Riyadh, Saudi Arabia and Dili, Timor-Leste were scheduled to bring home around 370 “distressed” Filipinos from the two countries.

The department said it expects to repatriate another 90,000 Filipinos before the year is out.

Latest data from the agency shows that more than 11,500 Filipinos have contracted coronavirus overseas, over 800 of whom died. — Bella Perez-Rubio