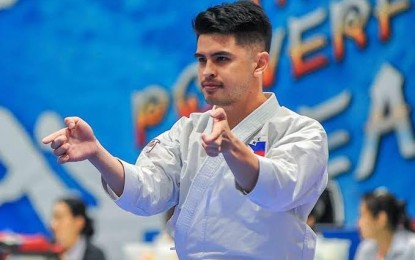 MANILA – Filipino karateka James de Los Santos added three more golds to his total haul for the year after ruling three tournaments, whose results of the finals were released on Tuesday.

Moments later, the result of De Los Santos’ battle against Switzerland’s Matias Domont for the 2nd Euro Grand Prix gold came out with the former prevailing, 25.3-23.6.

“Hat trick! Another personal record!” De Los Santos simply exclaimed as this is the first time he got three golds on the same day.

With the triple crown, De Los Santos now has 29 golds for the year, solidifying his bid to end the year as the world’s top virtual kata player. (PNA)