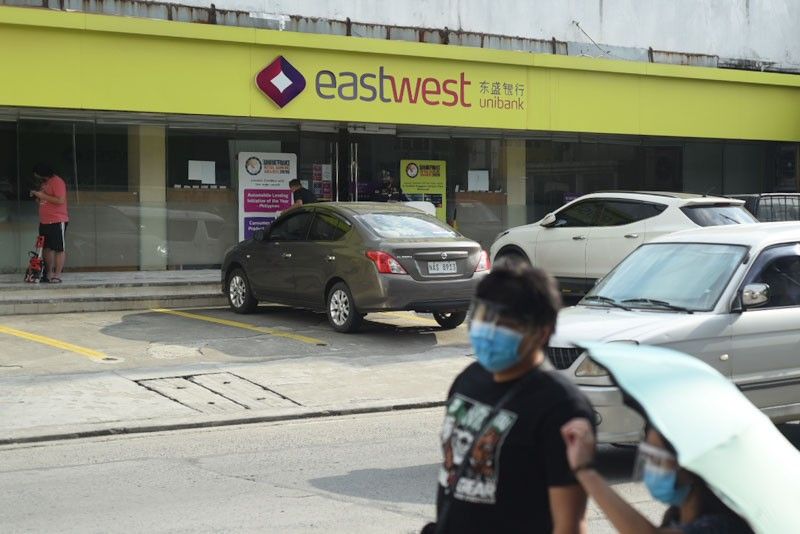 MANILA, Philippines — Gotianun-led East West Banking Corp. is now expecting a net income of P7 billion instead of P5 billion to P6 billion this year as earnings surged by 28 percent from January to September despite the tripling of provisions for potential bad loans due to the impact of the pandemic.

EastWest president and chief executive officer Antonio Moncupa said the bank is now looking at a profit of P7 billion compared to a range of P5 billion to P6 billion set in June.

“While we expect net interest margins to hold and income before loan loss provisions to trend higher, there are still epidemiological uncertainties from the virus and its full economic impact is still playing out,” Moncupa said.

The bank’s net income amounted to P5.9 billion from January to September or about P1.3 billion higher than the P4.6 billion recorded in the same period last year as revenues jumped by 27 percent to P26.7 billion from P21 billion.

The listed bank booked a 33 percent jump in net interest income to P20.1 billion during the nine-month period, mostly due to lower funding costs.

The bank’s trading gains, fees and commissions slumped by 25 percent to P3 billion due to the general slowdown in business activities as a result of the lockdowns, the Bayanihan Act, and assistance to customers.

Total provision for potential loan losses reached P7.7 billion from January to September or 2.8 times the P2.7 billion recorded in the same period last year. Last June, the bank estimated around P10 billion in loan loss provisioning or four percent of total loans based on an initial stress testing.

For the third quarter alone, EastWest earmarked P2.2 billion for possible soured loans. A significant part of the provisions are pre-emptive in nature to anticipate the cash flow impact to households and businesses of the virus-induced disruptions.

“While we certainly hope that we can soon return to normal life, we want to be prepared to increase provisions for losses as the pandemic damage unfold and ensure the continued resilience of our balance sheet,” Moncupa said.