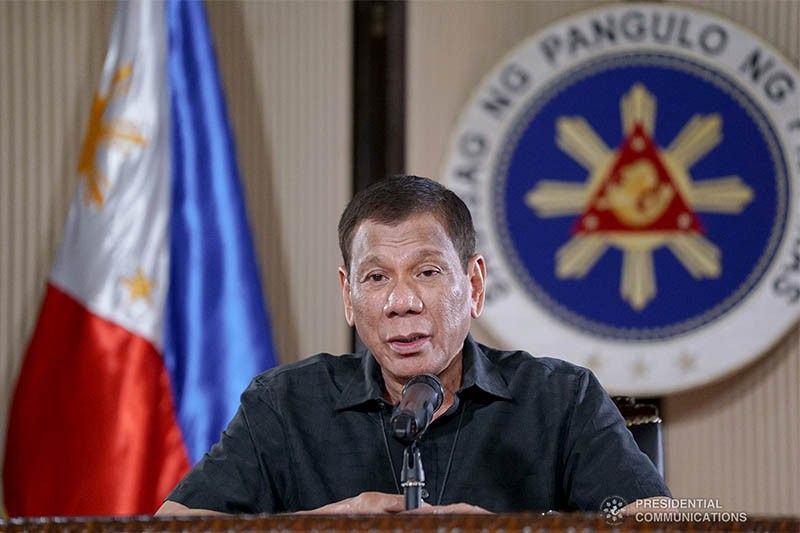 MANILA, Philippines — The Duterte administration is asking Metro Manila water firms to revisit the way they increase rates, be more transparent in price adjustments and reduce government guarantees if they want to continue with their business.

Such were the broad strokes of new contracts drafted by the justice department, together with the Asian Development Bank, for Manila Water Company Inc. and Maynilad Water Services Inc., which will now get the chance to review the same in hopes of reaching a deal with government.

“Last night we were called to a meeting in Malacañang by the president precisely to present to him the proposed new water concession agreements which would eliminate the onerous provisions of previous contracts,” Justice Secretary Menardo Guevarra told reporters on Wednesday.

“We described to him general provisions…that will make the water concession agreements more equitable, more transparent and will lessen contingent liabilities on the part of government,” he explained.

Specific changes were not enumerated but at least for the removal of government guarantees, the position is consistent with the Duterte government’s long-held policy against paying up private companies when investment in public projects do not go their way financially.

Mark Orbos, Manila Water corporate planning director, nonetheless welcomed the news that things are finally moving forward. The company has yet to receive a copy of the draft, which will undergo review on possible economic and business implications. “We are eagerly waiting for it to settle all the issues and come to terms on the acceptable move going forward,” he said in a phone interview.

Maynilad representatives could not be reached for comment. Shares in Manila Water went up 0.71% to close at P14.12 each on Wednesday while Metro Pacific Investments Corp., Maynilad’s parent firm, shed 0.70% to P4.26 apiece.

Take it or leave it?

How negotiations between President Rodrigo Duterte and the water companies would unfold is interesting, especially after the chief executive apologized to Maynilad’s Manuel V. Pangilinan and the Zobel brothers of Maynila Water at the start of pandemic last March when government was calling on private sector to assist on crisis response.

At the time, Guevarra said Duterte’s apology to the tycoons would not have material impact on the contract reviews. But the justice chief saying this time around that talks will be held between the government and water players was significant, especially after the Palace indicated months ago that new agreements would be a “take-it-or-leave-it” matter that may see existing firms exit the business.

“There are some provisions in the proposed new contracts that I believe are non-negotiable from the government’s viewpoint on grounds of public policy, but I cannot elaborate on these for now,” Guevarra said in a text message.

If any, it’s been a tumultuous road to get the new contracts drafted. It started with Duterte attacking water firms last year for asking government to pay up nearly P11 billion in unpaid due as ruled by international arbitration courts. Duterte fumed upon getting presented the bill, at a time the capital and neighboring provinces were enduring up to 12 hours of water interruptions daily.

To be fair, concessionaires were not responsible for Metro Manila’s water shortage, which was largely because of dwindling supply trickling down from state-owned dams to distribution pipes operated by these companies, toward households and businesses. But Duterte nonetheless took the opportunity to unilaterally ditch new extensions of water contracts that supposedly would culminate in 2037.

By doing so, Manila Water and Maynilad now have only up until 2022 to operate in the area without the contracts drafted by Guevarra’s office. “The period of the contract will be part of discussions,” he said.

Sought for comment, Ma. Angela Ignacio, managing director of Polestrom, an advisory firm for infrastructure projects, said the contract review itself should not deter investors. “Recall that this (contract was awarded) during the water crisis and therefore government badly needed help and the private sector responded,” she said in an online exchange.

“Obviously, there may have been some provisions that may now be viewed as excessive but during that extreme situation, were necessary,” Ignacio said.