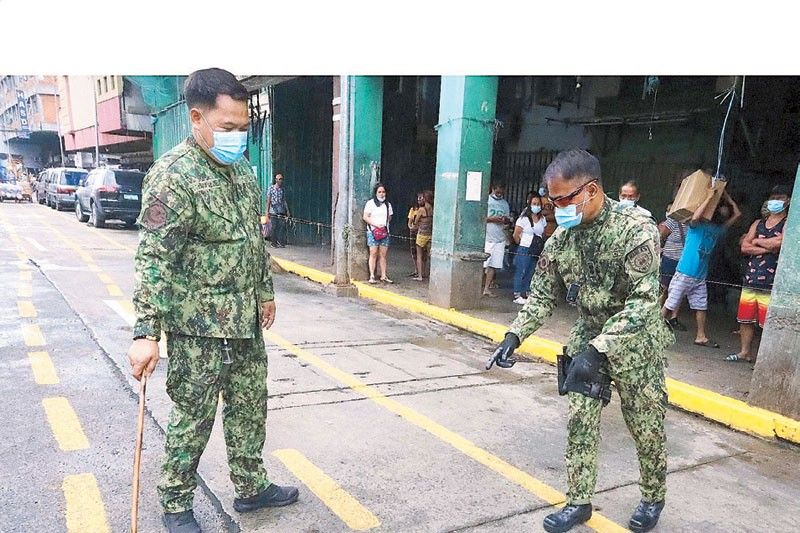 Duterte said he was wondering why policemen no longer have batons, which he described as their “first line of defense.”

“You know, when a person resists arrest and he becomes violent, the first impulse of a police without a baton is to hold his gun. He might not draw it but he holds his gun, ready for action. If he has a baton – the batons then were rubberized – you just hit the hand, hit the body, it would be painful. Maybe you can subdue the person resisting arrest or the criminal,” the president said during a public address last Monday.

“If I bring back the baton, maybe it would be made of hard rubber, not wood. But in the meantime, the rattan will do, will also suffice.  We’ll look for the money next year. I’ll buy you the baton…  use the baton, not the gun,” he added.

Duterte said a small mistake or overt act could lead to shooting.

“It should be the first line of defense of a policeman so nobody can come close to him, seize his gun, or punch him…The police can use a not-so-lethal weapon, the baton, he said.

Duterte said the rubberized baton is hard but not enough to break bones. It should be used moderately and the holder should know what parts of the body to hit to prevent aggression, he added.

Last Friday, the Joint Task Force COVID-19 Shield announced that police officers with one meter rattan sticks or “yantok” would be deployed to public places to enforce physical distancing. Lt. Gen. Cesar Binag, the head of the task force, said the sticks would be used to measure distance and to hit those who insist on violating health protocols.

During a meeting of the government’s pandemic task force last Monday, Interior Secretary Eduardo Año said the sticks could be used for “self-defense.”

Duterte said the police can use force to defend themselves from criminals who resist arrest violently.

“When you are a criminal or when you are a person who has committed a wrong or a crime, and when the police arrives to the scene to find out what happened and you are pointed to as the culprit, you are the robber, you are the thief, you are the kidnapper or whatnot, your first duty as a citizen is to surrender,” the president said.

“It would be your fault if you resist. If you get beaten by the baton, that’s your problem because you did not surrender. In the first place, your duty is to surrender.”