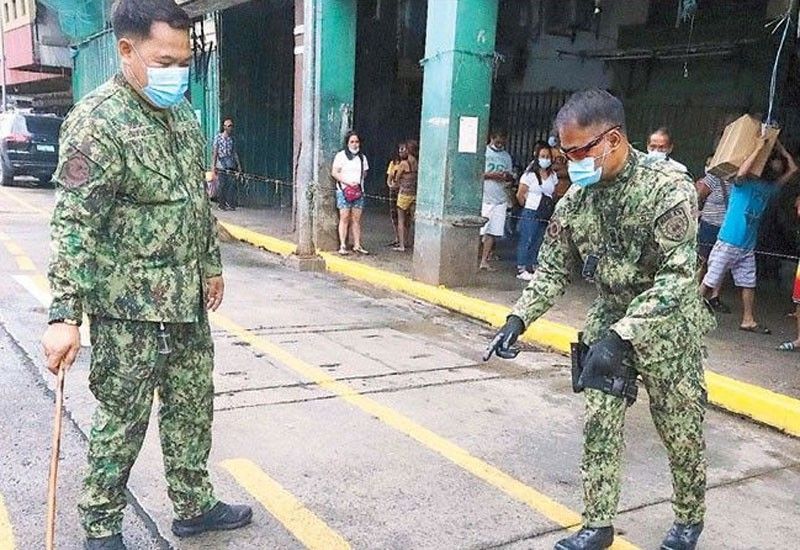 MANILA, Philippines — President Duterte has vowed to arm police officers with batons after the government deployed yantok-wielding law enforcers to ensure that physical distancing is observed in public places.

Duterte said he was wondering why policemen no longer have batons, which he described as their “first line of defense.”

“If I bring back the baton, maybe it would be made of hard rubber, not wood. But in the meantime, the rattan will do, will also suffice. We’ll look for the money next year. I’ll buy you the baton… Use the baton, not the gun,” Duterte said during a public address last Monday night.

Duterte explained the rubberized baton is hard, but not enough to break bones; it should be used moderately and the holder should know what parts of the body to hit to prevent aggression.

PNP deputy chief for operations Lt. Gen. Cesar Binag, the head of the task force, said the sticks would be used to measure distance and to hit those who insist on violating health protocols.

During Monday’s meeting of the government’s pandemic task force, Interior Secretary Eduardo Año said sticks could be used for “self-defense.”

Duterte said the police could use force to defend themselves from criminals who resist arrest violently.

Meanwhile, police officers would only use the yantok against violators of health and safety protocols who would exhibit violent behavior or resist arrest, Philippine National Police (PNP) chief Gen. Debold Sinas said at a press conference at Camp Crame in Quezon City yesterday.

Yantok and other similar sticks could be used instead of firearms against unruly individuals who could put their personnel at risk, according to Sinas. – Emmanuel Tupas