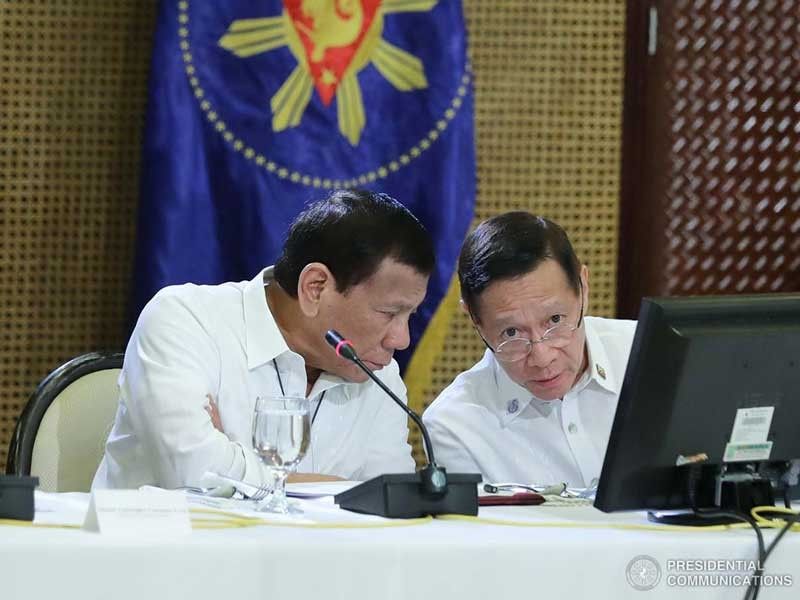 Duterte reiterates he’s ready to step down if proven corrupt

MANILA, Philippines — President Rodrigo Duterte maintained that he is ready to step down once it is proven that he or any member of his Cabinet gained even a single peso from corruption, saying there is no use governing without the public’s trust.

“There are lots of speculations that cabinet members and I receive money. Look, I give you this guarantee. Bring someone who can say that he gave us one peso and I will resign tomorrow. Just one person, one affidavit. No fabrications, just someone who is telling the truth,” Duterte said during a meeting of the government’s pandemic task force last Monday.

“There’s no use of governing a country when people no longer believe in you. If people don’t believe in you, then it doesn’t matter anymore. You are better off just enjoying your retirement,” he added.

Duterte, however, warned against inventing stories to smear the reputation of officials.

“Do not lie. Do not invent, do not concoct a story, masama iyan. Kung ganoon, ah ikaw ang patayin ko (That’s bad. If you do that, I’d kill you),” he said.

Reacting to Duterte’s statement, the Philippine Center for Investigative Journalism (PCIJ) urged the president to make public his statement of assets, liabilities and net worth (SALN).

“Maybe just #ShowUsYourSALN,” PCIJ tweeted in response to a quote card showing Duterte’s statement about his readiness to resign.

The Office of the President and the Office of the Ombudsman have been criticized for not releasing a copy of Duterte’s SALN since 2018. Ombudsman Samuel Martires has justified his decision to restrict public access to the SALN’s of officials, saying the document has been used for extortion.

Duterte expressed belief that all his Cabinet members are honest but is ready to let go of anyone proven to be involved in anomalies.

“As far as I’m concerned, they are all honest but if you have something, tell it in public and I will ask that Cabinet member to resign immediately. I don;t want speculations because it will destroy (a reputation). Who will believe us if you keep on parlaying these kinds of stories?” he said.

The president cited Health Secretary Francisco Duque III, whom he said “has served government faithfully for four administrations.” He said he has not heard Duque receiving bribes. The health chief has been tagged in the alleged massive corruption in the Philippine Health Insurance Corp. but he has denied involvement in any anomaly.

They were accused of neglect of duty, gross neglect, grave misconduct and irregular issuance of permit

Duterte said he would transfer those who were found to have neglected their duties to jobs that have nothing to do with the titling of lands.