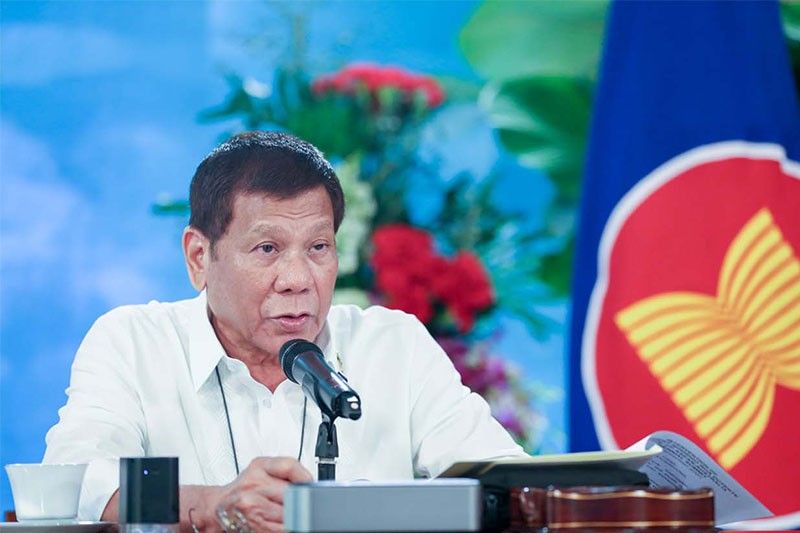 MANILA, Philippines — President Rodrigo Duterte has called for the easing of tensions in the South China Sea, describing the longstanding dispute as a “dangerous game” where no one emerges victorious.

Speaking during the 15th East Asia Summit last Saturday, Duterte said the maritime disputes may seem “intractable” but are not greater than the combined capacity of stakeholders to manage and solve.

“Let us (not) make the South China Sea… a locus of power play. It is a dangerous game to play and one without a victor,” Duterte said.

“Let us lower tensions, not raise them; build confidence rather than doubts; listen and understand instead of threaten,” he added.

Duterte said the 1982 United Nations Convention on the Law of the Sea prescribes a clear way forward on the dispute. He reiterated the importance of the 2016 arbitral ruling, which voided China’s wide-reaching claim in the resource-rich South China Sea and affirmed the Philippines’ sovereign rights over its exclusive economic zone.

“The 2016 Arbitral Award on the South China Sea is a definitive application of this constitution of the seas. It is part of international law,” the president said.

“We must commit to the rule of law fully and firmly. There is simply no other acceptable basis for order in our region but the law.” he added.

Duterte said Asia Pacific must remain “a region of peace where the rule of law is supreme”  and “where all countries are equal, neither pawns nor lackeys of any power.’

China claims virtually the entire South China Sea while the Philippines, Vietnam, Malaysia, Brunei and Taiwan have overlapping claims. During his address before the United Nations General Assembly last September, Duterte said the Philippines would not permit efforts to undermine the arbitral ruling, saying it is “beyond compromise and beyond the reach of passing governments to dilute, diminish or abandon.”

The Philippine leader also welcomed the interest of East Asian partners to cooperate with the Association of Southeast Asian Nations on the principles and agenda of its outlook in the Indo-Pacific.