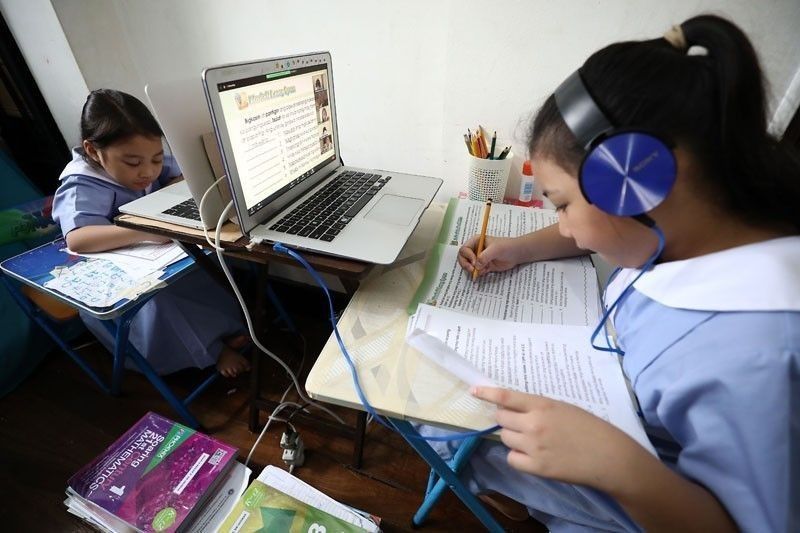 MANILA, Philippines — A DICT official has said that the agency could assist in providing internet connection in community centers for students in need of the access for their blended learning.

Having a stable internet connection is among the difficulties encountered both by students and teachers under the new schooling setup brought by the coronavirus pandemic that began in early October.

Latest figures from the education department showed that over 25 million Filipino students have been enrolled so far, with late enrollees accepted until November 21.

Education officials had since conceded that the Philippines’ longstanding problem of poor internet service is out of their hands.

At a joint congressional committee hearing on November 5, Information and Communications Technology Asec. Emmanuel Caintac said they are speeding up the installing of free WiFi in public to aid in students’ learning.

He said local governments could designate “reading centers” in barangays but should follow health standards set by government.

(Local governments could fix their community centers so social distancing could be followed, and that’s where we could install free WiFi connection.)

Caintac added that such was what they could offer as an assistance with the budget given to them.

President Rodrigo Duterte had long shunned the possibility of holding on-site or face-to-face classes until a vaccine for the coronavirus is out. But there had been suggestions too to allow for the move in areas with low transmission of the COVID-19.

In the same hearing, National Telecommunications Commissioner Gamaliel Cordoba said they have suggested to DepEd to use as well the AM and FM radio frequencies of government stations for the effort.

DepEd has tapped TV and radio stations aside from printed modules for the resumption of classes that had been met by criticism and calls from groups to postpone. It has admitted too that errors in its learning resources should be expected, as they are adjusting as well to the new setup.

Cordoba said the latest he has is that the department is already identifying areas where it will use radio frequencies for the blended learning.

A month since blended learning began, the Alliance of Concerned Teachers reported in a briefing on November 6 that only about 50% of students are normally able to attend or finish a whole session of online classes.

Many students also continue to be reliant on internet shops or on “pisonet” while teachers have no allowance for laptop or internet connection, ACT added.

The NTC commissioner has said that download speeds in the country has increased significantly from 7.44 mbps in July 2016 to 16.89 mbps in September.

This, however, is still lagging behind the global average of 35.96 mbps for mobile connection, while 85.73 mbps for fixed broadband connections.

Manila has also placed eighth out of nine countries in the Southeast Asian region next only to Jakarta in terms of mobile connections. For broadband connectivity, it is fifth among the said nations.