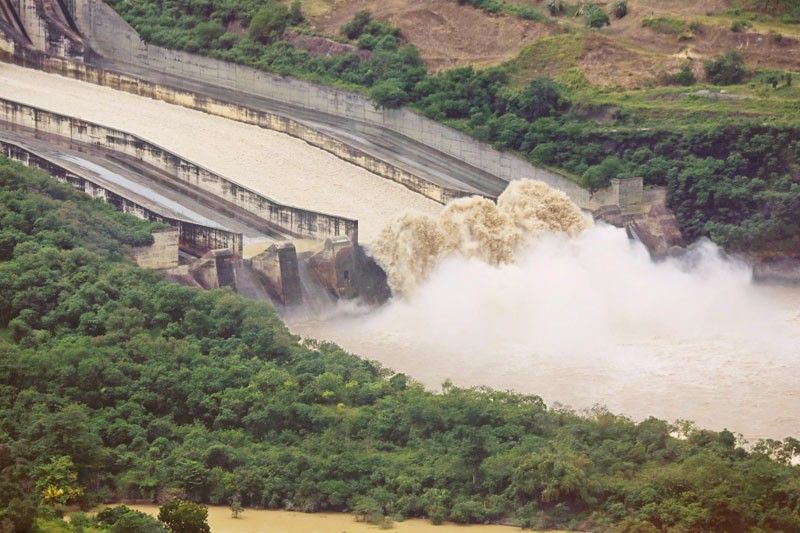 MANILA, Philippines — Magat Dam continued to release water yesterday even after it had been largely blamed for triggering massive flooding across the Cagayan Valley.

At the height of Typhoon Ulysses on Nov. 12, specifically from 5 p.m. to 4 a.m. the following day, the dam released 6,706 cubic meters of water per second at maximum discharge, according to Philippine Atmospheric, Geophysical and Astronomical Services Administration (PAGASA)’s hydrometeorology division. The volume of water released in a span of 11 hours was equivalent to the volume of water in 106,223
Olympic sized swimming pools, or two pools worth of water per second.

PAGASA said two of the dam’s seven gates were opened with a total opening of four meters as of the latest advisory yesterday noon. Its water level was still near the 193-meter spilling level.

PAGASA hydrologist Richard Orendain said there were other contributing factors to the massive flood in Cagayan, such as the heavy swelling of the almost 20 tributaries of the Cagayan River due to continuous rains, especially the ones brought by Typhoon Ulysses.

PAGASA said they released several flood advisories warning of possible extensive flooding in both the upstream and downstream areas of the Cagayan Valley water basin.

As early as Nov. 9, PAGASA had already warned of flooding due to rains brought by the tail end of the cold front.