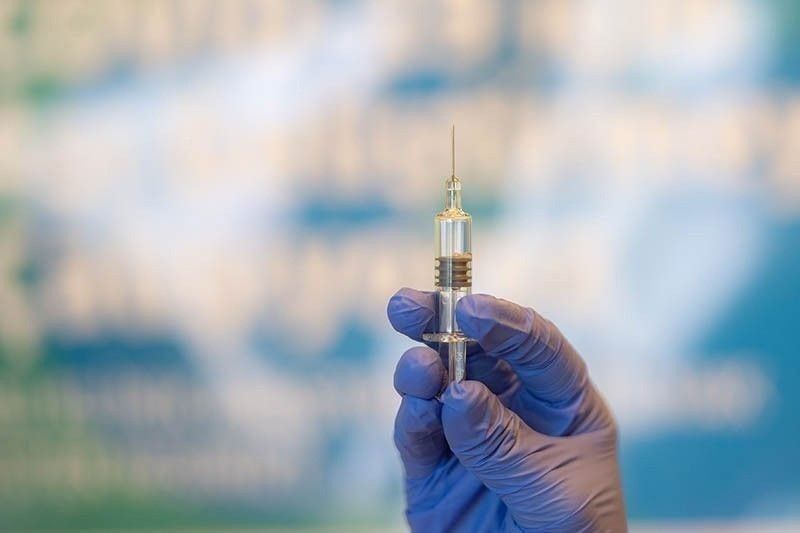 MANILA, Philippines — President Duterte is ready to be the first to be immunized from COVID-19 once drug regulators allow the use of such a vaccine in the country, to encourage Filipinos to have themselves vaccinated, Malacañang said yesterday.

Presidential spokesman Harry Roque said Duterte is the “best communication tool” to persuade people to receive vaccines, whose usage has dropped recently because of the Dengvaxia controversy.

“So kung papayagan na po ng FDA (Food and Drug Administration), I think po mangunguna ang Presidente at nag-volunteer naman po siya, in fact gustong-gusto na niya (If the FDA allows it, I think the President would be willing to go first and he volunteered. In fact, he’s very eager to do it),” Roque said at a press briefing.

Asked whether Duterte is ready to receive the vaccine even if the approval is just for emergency use, Roque replied: “Yes, that is the impact of the executive order on EUA (emergency use authorization).”

Last week, Duterte signed Executive Order 121 allowing the FDA director general to issue EUA for COVID-19 vaccines and medicines. The order permits the use of COVID-19 drugs and vaccines pending approval by regulators as long as there is credible information suggesting that the medicine or immunization can stop, diagnose, or treat the virus.

The Philippines may have COVID-19 vaccines by March next year if pharmaceutical firms secure EUA in January, FDA director general Eric Domingo said last Thursday. The government is planning to borrow P73.2 billion to purchase vaccines for 60 million Filipinos.

Roque said Duterte could no longer wait to be vaccinated. “He already wants to be immunized so he can show to the entire nation that it is safe and effective, that it went through an expert panel group and it comes with their highest endorsement,” he added.

Roque said a total of 24.6 million Filipinos would be prioritized in the rollout of the vaccines.

The Palace spokesman, meanwhile, shrugged off Vice President Leni Robredo’s statement that she is willing to be among the first to get the COVID-19 vaccine.

“Again, the President was first to say that he’s willing. Let’s hope she (Robredo) can be a guinea pig,” Roque said.

With regard to suggestions that Cabinet members like Health Secretary Francisco Duque III and COVID-19 policy chief implementer Carlito Galvez Jr. should be the first to be inoculated to allay fears of the vaccine, Roque said it would depend on the decision of the officials.

“That’s the personal decision of officials. If that happens, the government would be criticized for prioritizing VIPs (very important persons) just like what happened during the conduct of PCR (polymerase chain reaction) tests. So either way, there would be criticisms,” Roque said.

“If there are top officials who want to be vaccinated to serve as an example and to prove that vaccines have no negative effects, we welcome that. But remember, if that happens, the opposition would say there is VIP treatment,” he added.

In a television interview, Duque said he’s willing to be among the first to be vaccinated, in response to a challenge from Sen. Bong Go.

“Yes, definitely. That’s a no-brainer. I’ll take it as long as it has undergone the scientific evaluation by the Vaccine Expert Panel (VEP) Single Joint Ethical Review Board and the Food and Drug Administration’s own technical and regulatory evaluation,” Duque said in a television interview.

At a separate press briefing, Health Undersecretary Maria Rosario Vergeire reiterated vaccines that have passed regulatory processes in countries of origin may already be considered safe and effective.

“The vaccines that you hear now, they also have the approval from the authorities in their host countries. They are also being evaluated by our own experts so there is nothing to worry,” she pointed out.

“I think as of this date, it’s more than three million doses, which is over $16 million. That’s about P800 million contributed by the private sector and at least half of it will go to DOH (Department of Health),” Gokongwei said.

“There should be no finger pointing, no one should be left behind… We work together and raise funds to secure the doses of vaccines… so we have to step up so the Philippines can get its share,” he added.

Gokongwei said companies also want to prioritize their employees in the giving of vaccines.

“We also want to prioritize our own employees to assure our employees and their families that their health is our concern, so I’m sure we will also examine all these new vaccines coming out,” he added.

Roque said the government has prepared cold storage facilities for the vaccines.

“Everything is in place, napaghandaan naman po iyan (we’ve prepared or it), we will not be taken by surprise,” he added.

Roque also blamed “detractors” of the administration for the text messages claiming that a nationwide lockdown would be enforced from Dec. 23 to Jan. 3.

“It’s only 18 days to go before Christmas, but critics and detractors of the administration are spreading fake news to destroy the Christmas of Filipinos,” he said.