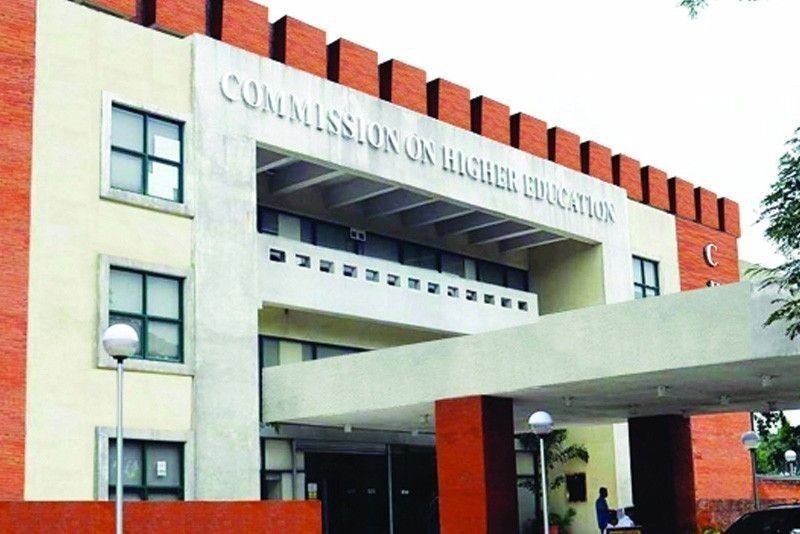 MANILA, Philippines — The Commission on Higher Education has shunned petitions for a nationwide academic break as well as one for the entire Luzon in the wake of recent typhoons that hit the country, suggesting that universities should instead extend the first semester of the ongoing school year.

Calls on social media by students have since circulated following the onslaught of twin typhoons “Rolly” and “Ulysses” that left extensive damage in Luzon this month. Per latest figures from disaster officials, over 3.5 million individuals were reported to have been displaced by Ulysses alone, which struck the island last week.

CHED Chairman Prospero de Vera in a television interview said he could not support the move as the effects of the disasters vary among areas in the country, while universities in Luzon have already called off their classes.

“No to both, especially for the nationwide academic break because the impact of the typhoon [is] different across parts of the country,” he told CNN Philippines’ The Source. “We can’t make unilateral decisions that are not based on what is actually happening on the ground, so the school authorities are in the best situation to decide on this.”

De Vera said universities, securing approval from their own board of regents, could adjust their academic calendar for the first semester to stretch to January following the week-long break some institutions had taken.

“You can take a short academic break for things to normalize and then you continue the learning process,” he said. You can move it to January…adjust the second semester in February. You can give up the summer break or the break between school years or reduce it so you have more time.”

Classes for at least a week after Ulysses’ onslaught were called off in various universities, such as Ateneo de Manila, University of Santo Tomas and the University of the Philippines.

But some schools have yet to make this decision, and it has left students urging administrators to follow through with calls taking form in hashtags such as #NoStudentLeftBehind.

De Vera said he had no problems with universities making a week-long suspension. He has, however, taken concern that UP would now be left with only 13 weeks for the current term after adjusting its calendar from the supposed 16 weeks.

“When this was discussed in the Board of Regents, I voted against the proposal to reduce the semester because I’m concerned of the impact of this on students and faculty…You have the same learning outcomes to be achieved but you’re compressing it in a shorter period,” De Vera, who as CHED chief sits as chairman of UP’s highest governing body, said.

His remarks come after at least 130 faculty members of UP Diliman called on the school administration for an immediate end to the semester and put in place a “Pass or Drop” system.

“This idea that you just stop everything is not based on empirical evidence..so if other universities can do it, it is really going to be ironic that the premier university of the country will surrender and suddenly say we can’t continue learning when a lot of the schools are able to do it,” De Vera continued.

The Philippines is not new to disasters, seeing at least 20 storms a year on average. But the damage of Rolly, the world’s strongest storm this year, as well as of Ulysses, have been significant which others say is a result of failure to implement disaster resilience programs.

A new learning setup as a result of the coronavirus pandemic — shifting to online learning — has birthed too to other difficulties such as gadget availability and internet connection apart from the economic impact of the ongoing health crisis to families.