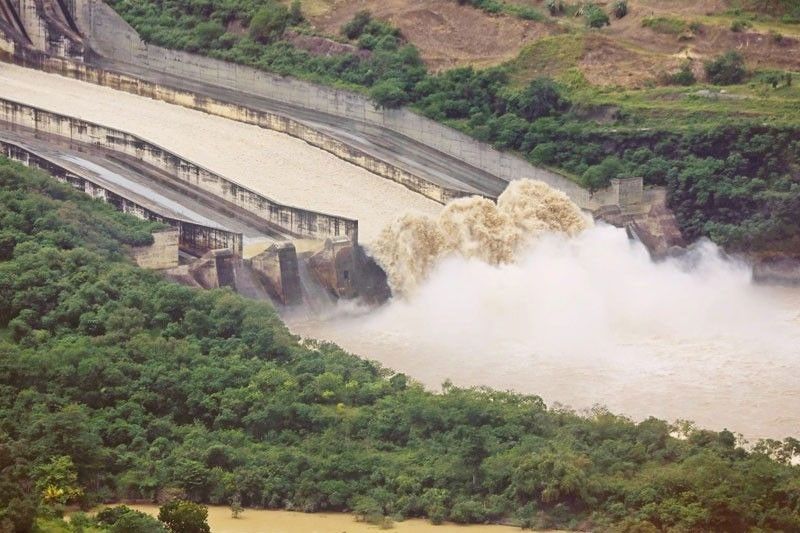 MANILA, Philippines — Cagayan Gov. Manuel Mamba is backing calls for an investigation of the Magat Dam management, which he blames for the massive flooding that left 13 people dead in his province.

Mamba said an inquiry would provide the provincial government with information for the possible filing of charges against the dam management.

“An investigation by any of the agencies would be our basis to decide if we really have to fight it out with them and get what should be ours,” Mamba said in an interview with “The Chiefs” aired on Cignal TV’s OneNews/TV5 on Monday night.

Vice President Leni Robredo has also expressed support for an investigation into the flooding in Cagayan and Isabela during the onslaught of Typhoon Ulysses last week.

Mamba blamed Magat Dam for the floods in the province after water from the dam was released as Ulysses pummeled the country.

He said Cagayan has always been getting destructive floods from the dam, but not its benefits unlike the provinces of Ifugao, Isabela and Nueva Vizcaya.

Mamba said the dam irrigates about 80,000 hectares of land in Isabela, but not a single hectare in Cagayan.

The Cagayan Valley police said 13 of the 29 fatalities in the region are from Cagayan. Some areas in the towns of Amulung, Baggao, Alcala, Enrile, Lal-lo and Sto. Nino remain isolated.

But Isabela Gov. Rodito Albano III said Magat Dam is not solely to blame for the floods.

He said the dam is just one of 38 tributaries connected to the Cagayan River, all of which brought floodwaters during the typhoon.

Albano said they were confident Ulysses was not a threat as Northern Luzon was only under Signal No. 1.

“Everyone was sound asleep. The typhoon came during the night, no one expected that it was that strong,” he said.

Albano is pushing for the creation of a Department of Water, which would provide necessary data that can be used by local government units in their response.

Albano urged President Duterte to put the Armed Forces of the Philippines (AFP) at the forefront of the campaign against illegal loggers, which are also being blamed for the floods.

Albano said Duterte should order the military to run after illegal loggers.

“Let’s give them police powers so the President will order them to run after illegal loggers,” Albano said.

The Commission on Human Rights (CHR) has also called for an investigation on the Cagayan floods, noting the disaster imperiled food production and threatened the country’s food security.

CHR spokesperson Jacqueline de Guia said Cagayan Valley is considered as the rice bowl of the north, with a majority of its population relying on rice farming as livelihood.

The region, she said, is highly agricultural and produces various crops and raises different livestock to supply food across the country.

“The devastation caused by the massive flooding brought enormous losses in crops, livestock and properties… Prioritizing their recovery is essential to food security and will redound to the entire community,” de Guia said in a statement Tuesday.

“There is also a need to ensure accountability and conduct investigation as to whether the unprecedented flooding could have been prevented and the people sufficiently warned of its extent,” she said.

De Guia noted the commitment of the Department of Agriculture to provide P2.2 billion in assistance to severely affected farmers in the region.

These will include various forms of assistance such as rice, palay and corn seeds, fertilizers, seedling trays and poultry.

De Guia said these agricultural inputs are essential in helping the farmers restart their livelihood.

“We expect that the aids are distributed with promptness, efficiency, and transparency to ensure that no farmer is left behind,” she said. – Janvic Mateo