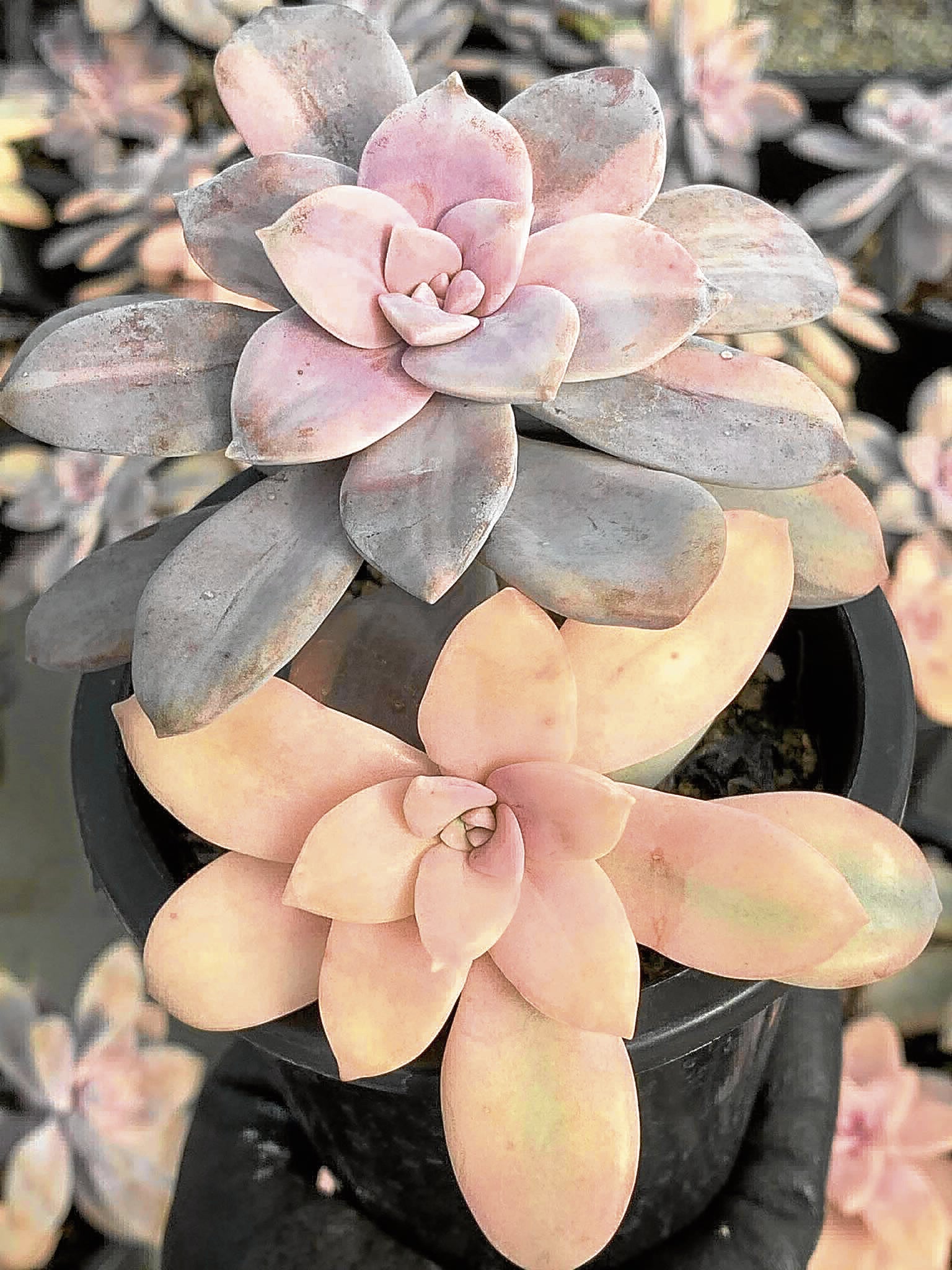 They can’t fly, they don’t have super vision and they can’t go through walls. All they have are green thumbs and big hearts. And they created the Facebook page Succulent Republique.

“The group was founded on the principle of charity back in April when we were at the peak of the COVID-19 pandemic,” said Joshua Reyes, an administrator of the page. “The opportunity presented itself for our hobby to be socially relevant and we then managed to run our first fund drive intended to raise funds and provide aid to our front-liners.”

They raised almost P300,000 for the benefit of medical institutions across the country. After the successful fundraising, the group became a venue for people to talk about their passion.

Reyes said that it welcomed hobbyists, seasoned collectors and newbies in the group. It became a place where they shared best practices and experience on growing succulents in the Philippines. Sellers and seller-feedback were also welcomed. In eight months, the group grew into 37,000-strong members. 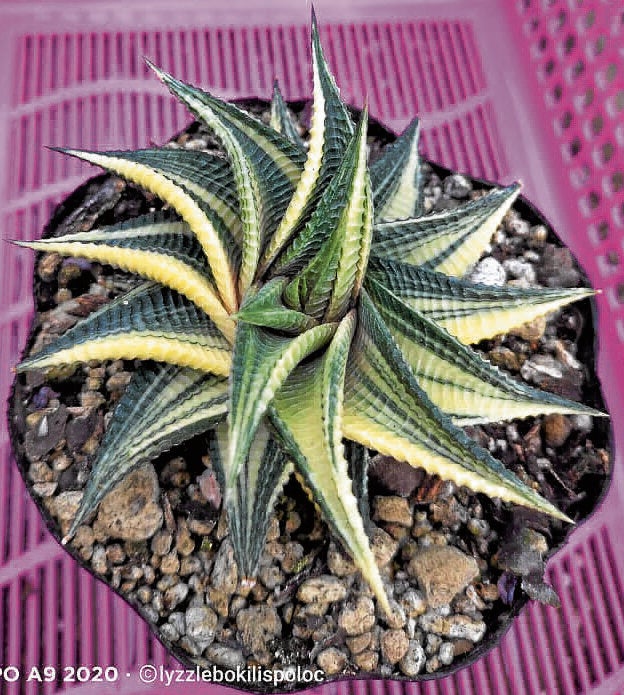 When Typhoons “Rolly” and “Ulysses” ravaged Luzon, they organized another fundraising activity. They held an auction to raise funds for the typhoon victims. Different collectors and shops donated succulents for the event. They also auctioned off plants, pots and gardening essentials.

The auction was a fun activity for the members. Different strategies were employed during the bidding. Some were very patient, adding the minimum increment of P50 to the bids. Others finished the bidding war quickly by going all-in with their maximum limit.

The exciting bids were for the rare varieties of succulents. Some came out victorious by doing a “ninja” move, bidding at the last minute. But those who lost in the bidding war were very gracious. They congratulated the winners and joked with them.

“Give the succulent the love I couldn’t give,” one wrote to the winner. 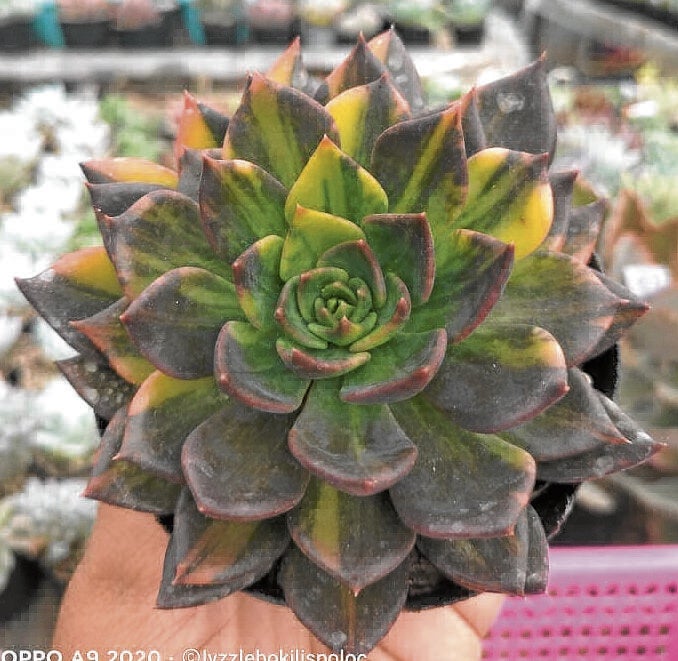 “I will lovingly behead it,” the winner answered. Beheading, of course, is a way of caring for the succulents to make sure it gets enough light.

Reyes said that the highest winning bid was P13,500 for a two-headed variegated Superbum.

“The price driver is the rarity of the variegated species and the fact that it was donated by Noona Succulent in partnership with Desert Beauties FB page,” he said. He added that Noona is a well-known nursery owner in Seoul while the winner is

Ireland-based member Dulce King. Her sister in the Philippines will receive the plant.

The two-headed variegated Cubic Frost came in second with P12,250. 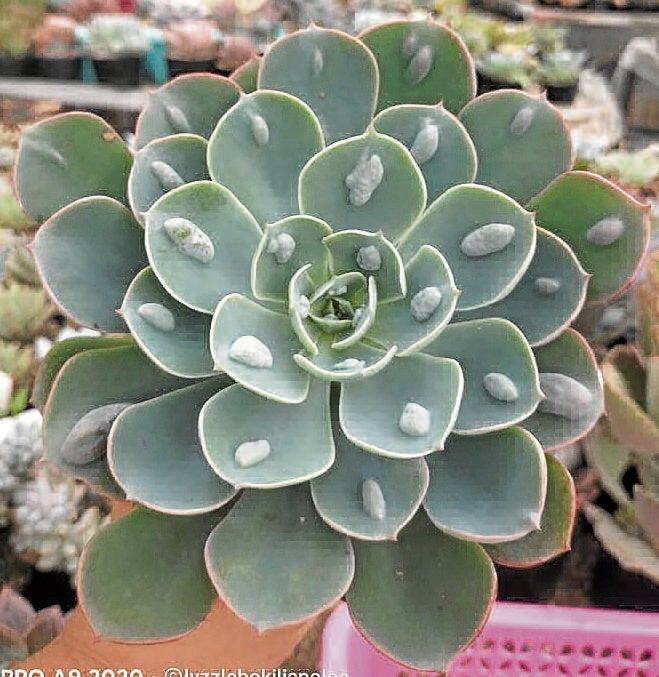 The Echeveria Raindrops sells for P2,650.

“Generous members would bid more than three times the value of the plant as a means to help with the cause. For most, the plant is just a token they receive as an acknowledgment of the help they extended,” Reyes said. This eagerness to help on the part of the members also drove the price of each plant higher.

The fundraising ended Nov. 13 with P350,000 raised for typhoon victims. Page admin Jeng Tapang consolidated and managed the donation. All donations and activities were posted on the Facebook page for transparency. As of writing, the group sent P100,000 to the province of Cagayan and P50,000 worth of relief packs to affected areas of Montalban, Rizal. Another P100,000 was shared to Bicol and Camarines.

The auction mobilized by Succulent Republique was supported by members and online shops including Urban Succulents PH, Desert Beauties, Rooftop Garden Bliss, Garden Blooms by Lyzzle Bokilis Poloc, Crystal Blooms and Hauzz of Succulents. Other shops and pages were tagged and credited on their Facebook group.

The Avengers of Succulents may not have superpowers to boast of, but their battle cry has been heard loud and clear. They plant and they care.