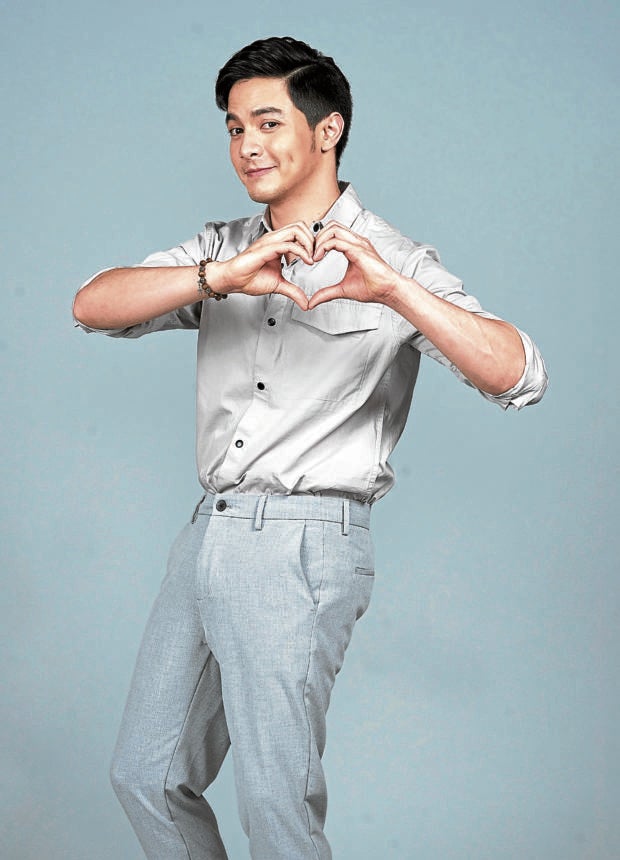 If Alden Richards were to break down his 10-year show biz career into stages, he would say that the first five were the hardest—a period marked by consistent hard work, uncertainty and gnawing self-doubt.

“So many people dream of becoming a celebrity and making it in the entertainment industry. And we all hope to be successful, regardless of the path we choose. The first five years were all about hard work, accepting as many projects as I could. Even if the outcome isn’t that good, you just had to be thankful,” he told the Inquirer in a recent video conference for his 10th anniversary concert, “Alden’s Reality,” on Dec. 8.

He committed himself to the journey. “Nothing could distract me. I was constantly working on myself, asking advice on how I could improve myself. I asked people for advice. I watched films I could get pointers from,” recalled Alden, who, prior to show biz, joined beauty pageants, auditioned for talent searches and did modeling stints.

But as determined as he was about reaching his goal, there were moments, Alden confessed, that had him thinking whether the much coveted career shift he was yearning for was reachable at all, or will remain elusive.

“It was in the first five years that the idea of quitting and going back to school came up … because it was tough. Every day, you’re searching for that moment that will make you say that staying in the industry was worth it. I had doubts. ‘Why should I keep at it?’” he said.

But as so often happens to him, God comes up with something unexpected, he surmised, whenever he’s about to turn his back on something. In July 2015, by mere happenstance, AlDub—the phenomenal love team that had Alden and Maine Mendoza dominating show biz conversations in the next three years—was born.

Alden has moved to the next stage. “It was in my sixth or seventh year that AlDub became a phenomenon. And I guess, in a way, that’s a reward for five years of hard work I had put in,” he surmised.

The year 2019 introduced a new chapter in his career. After his television and social media success, Alden went on to prove his viability on the big screen through the romantic drama film “Hello, Love, Goodbye,” which costars Kathryn Bernardo, and is currently the highest-grossing local movie.

“It was another milestone for me,” he said. “It has been a constant learning experience. Every year, I learn something that makes me better as a whole, as a person and a performer.”

Alden’s 10 years in the business have been filled with ups and downs, struggles and triumphs. And what better way to celebrate and look back on his journey with a concert at the Araneta Coliseum with all the people, who guided and supported him along the way?

The GMA 7 star and his team, led by director Paolo Valenciano, were all set to do the show last July. However, the COVID-19 pandemic wiped out their plans and had them starting from scratch.

He was crushed. It was to be one of the most important events of his life and career, and he couldn’t be with all his fans and loved ones in person.

“I was sad that the event wouldn’t push through at a big venue. We were crying because of the productions, from the opening to end. It was heartfelt. I had already thought of the people we want to honor and thank. We already had a show,” he said. “But then the pandemic happened.”

While he understands that holding gatherings is impossible given the current situation, Alden felt that he would be remiss not to come up with something at all. That’s when the idea of doing a virtual concert came up.

“I don’t think I can let my 10th anniversary pass without giving something in return for everyone who has supported me, and given me unconditional love. I’m not about to mark this momentous event without them,” he stressed.

Mounted by Synergy, which is composed of different GMA 7 groups, “Alden’s Reality” is a full-length concert featuring songs, dance productions and online interaction with the audience. Shot as a 360-degree virtual reality (VR) content, the show promises to be an immersive experience, which will be enjoyed using a VR device. (Visit gmanetwork.com/synergy for more information).

“We committed to producing this virtual reality concert to give something new to the viewers and do something I have never done before … a new way of providing entertainment to the people,” he said. “You have to explore and reinvent—always—so that the audience doesn’t get bored of you.”

It’s a risk, Alden admitted, but one worth taking. “Are people ready to watch a [virtual reality] concert at home?” he said. “This is hard to pull off, but we’re happy with the outcome. And we are glad we took the opportunity to do something, we haven’t done before,” he said.

“Alden’s Reality,” which will merge prerecorded and live content, is billed as a “virtual date” with fans. And this is part of the one to watch out for, he said. “It will feel like a one-one experience. It’s for you. I will speak directly to you. I will sing and dance for you. That’s how I did it.”

As he reflected on his show biz career, he couldn’t help but feel that everything just zipped fast. But it was fruitful, he said. And he has no regrets. “If you were to ask if I would change anything in my life, I wouldn’t. All those experiences taught me to move forward as an artist … I matured a lot,” he said.

At 28, Alden is still too young to be thinking about the legacy he wants to leave behind—and he’s not going anywhere just yet, he jested. “But I would just like to be able to say that I have inspired people and made them smile.” INQ