Success is sweet yet it comes with a huge responsibility. When it is shared, it becomes an inspiration to those who receive the blessing.

RS Francisco knows this all too well. The guy who once almost had nothing now seems to have everything – big thanks to his being co-founder of Frontrow, a successful multilevel marketing company selling beauty products. The company that started with 100 people in 2010 now has about one million members around the world.

In the time of the pandemic, RS ventured into another endeavor, a shirt business called RS Luxxe Wear.

“RS Luxxe Wear was a stalled concept of mine from about a year ago. It initially came to mind as an outlet for me to live out my ‘streetwear fantasies.’ And so I wanted to come up with stuff that totally screams ‘RS’ for me to share with the people close to my heart, like my friends in social media and my Frontrow family,” RS told this writer via a Facebook interview. 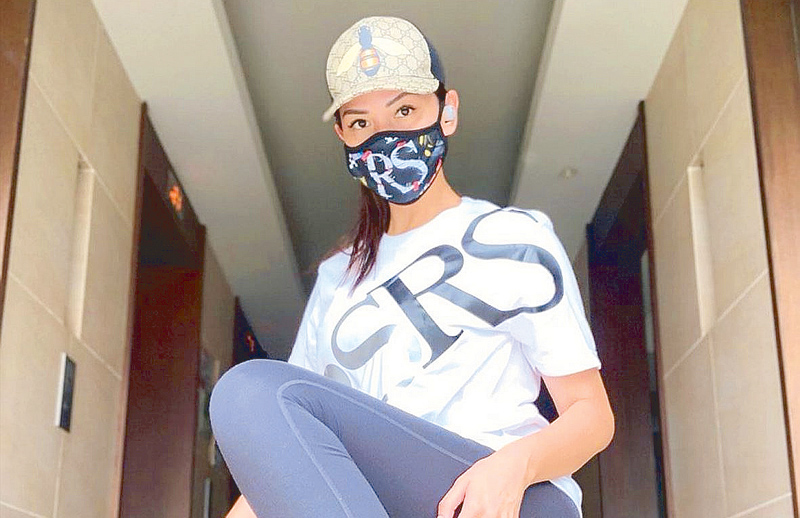 “What gave me the extra push to finally launch the shirt line was its fundraising aspect—my pledge to use 100 percent of the proceeds from RS Luxxe Wear to sustain my charity projects for frontliners and our kababayans who are currently in need,” he adds.

It’s been RS’s personal practice to help others as much as he can because he was once also in need.

“I know how it feels to have nothing. I went hungry several times before. I learned from those who helped me. Also from those who did not help me,” says RS. He adds, “Even if I went to La Salle for grade school and high school, there were times when I could not take the exams because my parents had not yet fully paid my tuition,” he says. He went on to study Communication Arts in UP Los Baños before transferring to UP Diliman to take up Mass Communications.

In my interview with him for PeopleAsia magazine last year, where he and his Frontrow business partner Sam Verzosa were featured as two of the magazine’s “Men Who Matter” awardees, RS recalled that years ago, while on an hour’s break as a merchandising officer at Rusty Lopez in Landmark, two friends invited him out for snacks. They went to Subway. His friends were already by the counter choosing their sandwich fillings. Raymond, behind them, was already salivating at the thought of biting into a sandwich filled with turkey breast, bacon, olives, onions and mayonnaise. They asked him: “What will you have?” Thinking his friends would pay for his snacks because they invited him, he coyly answered: “Bahala na kayo.” One of his friends said: “Anong bahala na kami? This is Dutch treat.” Raymond felt uneasy. He only had P20 in his pocket. Even if he bought even the simplest sandwich, he would have no money for his bus fare home to Cubao in Quezon City.

“So I ordered everything that I knew was not on the menu — corned beef, pulled pork, and the like. Then I told my friends, I would just go to the store where they sell the snacks that I wanted. Truth is, I went back to work, hungry,” he recalled during the interview.

In yet another instance, he spent his fare money for a plump siopao to quiet the rumbling in his belly. At random, he went up to a guy on Ayala Avenue in Makati and borrowed money from him. “I told the guy, ‘I am not a goon. But I need to borrow P20 so I can go home. I explained I used my money for food because I was hungry.’ He gave me P50. I got his name (Aldrin Mercader) and phone number so I could call him when I was ready to return the money. A week after, I called him but Aldrin said he did not expect me to pay him back. He was just happy to help. That moment, I told myself, I would one day be able to pay it forward,” he said, wishing that he could bump into Aldrin again to thank him for teaching him about the kindness of strangers.

RS, with crusty laughter, recounted to me the stories of his hardship during our interview last week. “My father taught me integrity. What has been borrowed should be returned. A trusted name is a must for success,” he says. His late father, Rudy Francisco, was an actor in his younger years but he became famous in the ‘90s for essaying the role of a lolo with Alzheimer’s in a McDonald’s TV ad. RS is also an award-winning film actor and stage actor (he essayed the role of Song Liling in M. Butterfly in 1990 for Dulaang UP and in 2018 for the Frontrow production) and a TV ad director.

His mother Marietta taught him to enjoy life. “And enjoy it with less drama!” he adds.

The need to help others is RS’s motivation to better his life. “Earnings from RS Luxxe Wear are intended for charity. At first, my original pledge was 50 percent of proceeds to charity, but I ended up using our entire earnings from the first collection to sustain my charitable projects like Kontra Gutom Feeding Program, cash prizes in weekly RS Live on Facebook, and donations to organizations that are close to my heart,” he says.

He says the response to his shirt business has been “completely overwhelming.” He adds, “As we speak, we only have a little less than 200 RS shirts remaining from the first collection of 1,500.” Reusable and washable face masks are also part of the collection, he says.

“I hope that through RS Luxxe Wear, I can help more and more people and organizations. That by wearing my collection, people will not only feel comfy but they will also feel happy that they have contributed to charitable pursuits in response to the pandemic and are part of a movement that serves and uplifts people in need,” he concludes.

RS courted success despite the odds and won it. And whatever he reaps, he shares.