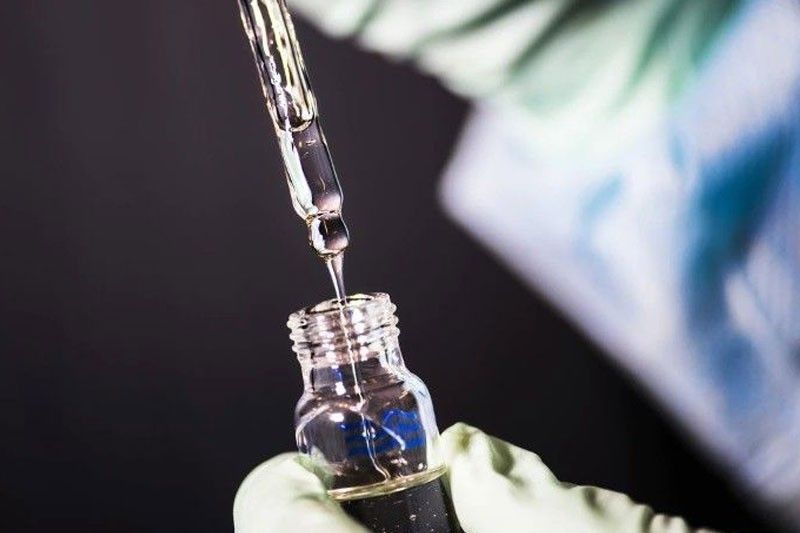 MANILA, Philippines — Eight in every 10 Filipinos expect there will be a vaccine and an effective treatment against the coronavirus disease next year, a survey conducted by Social Weather Stations (SWS) showed.

The survey, conducted from Sept. 17 to 20 with the results released yesterday, showed that 80 percent of the 1,249 respondents expected a vaccine to be available in the next 12 months.

Twenty-seven percent said the availability of vaccines will definitely happen in 2021, while 53 percent said it would probably happen.

Only 17 percent did not expect the availability of a vaccine next year.

The same survey showed that 80 percent expect the availability of medicine for the effective treatment of COVID-19 in the next 12 months.

Like in the question on the vaccine, 27 percent also said that an effective treatment will definitely happen, while 53 percent said it will probably happen.

Seventeen percent do not expect an effective treatment to the viral illness in the next 12 months.

Based on the survey, the percentage of those who expect the availability of a COVID-19 vaccine next year is highest in Metro Manila at 82 percent, followed by the rest of Luzon, the Visayas and Mindanao at 79 percent each.

Large majorities in all areas also expect the availability of an effective treatment next year, with the highest in Metro Manila at 85 percent, followed by the Visayas at 82 percent, Mindanao at 81 percent and the rest of Luzon at 77 percent.

According to SWS, expectations of a COVID-19 vaccine and treatment are significantly higher among educated groups and younger Filipinos.

Among college graduates, 81 percent expect a vaccine while 82 percent believe that there will be an available treatment in the next 12 months.

In contrast, only 68 percent of non-elementary graduates expect a vaccine while only 70 percent believe that there will be an available treatment next year.

SWS said more Filipinos expect a vaccine than Americans, comparing results with a similar survey conducted by the Pew Research Center from April 29 to May 25.

The other survey showed that 73 percent of Americans expect a vaccine, while 23 percent do not.

The expectation for treatment, however, hardly varies among Americans and Filipinos.

The Pew Research Center showed that 83 percent of Americans expect a medicine for effective treatment, while 16 percent do not believe that it will be available in the next 12 months.

The SWS survey was conducted using mobile phone and computer-assisted telephone interviewing. It has a margin of error of +/- three percent for national percentages.