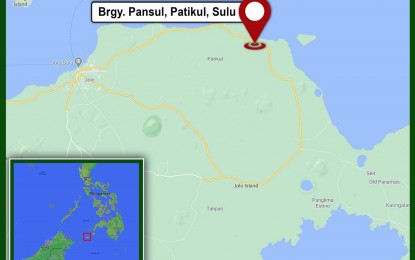 ZAMBOANGA CITY–Five soldiers were wounded during a clash with Abu Sayyaf Group (ASG) bandits in the province of Sulu, military officials said Friday.

Vinluan said the 30-minute firefight also resulted in an unspecified number of casualties on the ASG side, whose members scampered to different directions, bringing their dead.

“We are certain that the ASG incurred numerous casualties as evidenced in the bloodstains that scampered in the encounter site,” said Lt. Col. Felicito Cutit, commander of the 3SRB.

While scouring the area, Vinluan said the troops recovered a 5.56 millimeter linked ammunition, a 5.56-mm magazine, and personal belongings abandoned by the ASG bandits.

The same group of ASG bandits figured in a clash with the 5SRB troops earlier that day in Sitio Bunga, Barangay Pansul, Patikul.

“We pray for their speedy recovery, and we commend them for their gallantry,” Bautista said. (PNA)