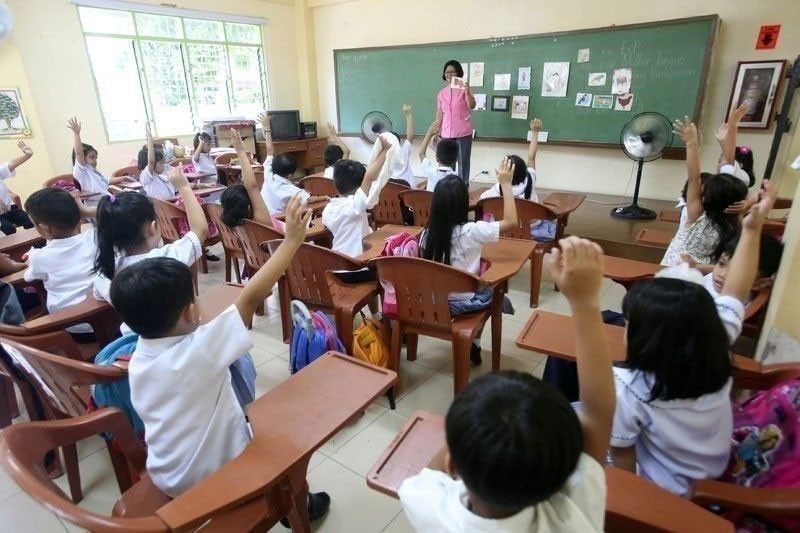 MANILA, Philippines — More than 1,100 public schools across the country have been nominated for the pilot implementation of limited face-to-face classes in COVID-19 low-risk areas, according to the Department of Education (DepEd).

The final number, however, would be much lower as the DepEd would still have to assess other factors to ensure the safety of students and teachers during the expected dry run next month, Education Secretary Leonor Briones said yesterday.

“The situation and status of the schools, if they are conducive to face-to-face learning, is one of the decision points,” Briones said in Filipino during the Laging Handa briefing. “We want to make sure that distancing will be observed, (that there is proper) ventilation.”

While being in a low-risk area is one of the primary factors in deciding which schools will be included in the pilot face-to-face implementation, the education chief said there are other factors such as the approval of the local government units and the consent of parents.

She also underscored the need for a shared responsibility between the DepEd, local officials and parents to ensure the safety of students not just in schools, but also in their homes and while in transit.

Several areas, including Metro Manila, Davao and Cotabato, have opted out of the pilot implementation next month due to high number of cases, according to Briones.

DepEd National Capital Region director Malcolm Garma said they have not nominated schools for the pilot implementation since the NCR is still under general community quarantine until the end of the month.

“Let us see what will be the status of the NCR by January next year when it comes to quarantine classification,” Garma said in Filipino. “That is where we will base if the NCR will be ready to take part in the pilot of the limited face-to-face classes.”

The final list of schools where the dry run will be implemented will be released before the end of this month.

DepEd Undersecretary Nepomuceno Malaluan said limited face-to-face classes would be implemented as part of the blended learning setup, meaning students will not have to go to school every day of the week.

“It will not be full-class size and full-week schedule for children because it will be combined with distance learning,” Malaluan said.

The DepEd official explained that the maximum number of students in the classroom would be between 15 and 20 from the previous 30 to 40 to ensure that social distancing will be implemented during classes.

“In addition, all safety and health standards, like proper social distancing, wearing of face masks and face shields and frequent handwashing will be implemented, along with symptom-based screening of the students,” he said.

Participation in the pilot implementation of the limited face-to-face classes will be voluntary, according to the DepEd.

A gradual return to face-to-face classes will help in economic recovery by restoring productivity, preventing the erosion of human capital and increasing consumption, according to the National Economic and Development Authority (NEDA).

Acting Socioeconomic Planning Secretary Karl Chua said if the results of the pilot would be encouraging, this might eventually pave the way for the gradual restoration of face-to-face learning when quarantine restrictions could be lowered.

“We listened to the experts, and (their) conclusion… is that it is manageable to have our children go back to school in the least risky areas. That’s why the President agreed to the pilot face-to-face in January. If we can prove that the children can be safe, the children will be safe, we can continue,” Chua said during the Kapihan sa Manila Bay Forum yesterday.

The acting NEDA chief explained that prolonging the distance learning methods such as the use of self-learning modules will affect national productivity in the long term as parents stay out of the job market longer to help their children and the children themselves do not learn at the optimum level.

“There is no replacement for face-to-face learning. With online learning or learning from modules at home, the impact is much, much less, and this will impact later on in the productivity of people. That is why even if other countries have been doing face-to-face learning amid COVID, they have to manage the risk and uphold the health standards,” Chua said.

“Even family members are affected because some of them will have to skip work to accompany young children at home to help them go though school,” he added.

Also tabled for discussion is the eventual relaxation of the age group that can be allowed to go out, according to Chua.

“Eventually we want to relax the age group, but we will have to do this gradually and with approval of the local government units. Because in our economy, what we found out was up to 50 percent of sales in malls are driven by families,” he said.

With a predominantly young population averaging 25 years old, consumption will be given a boost if the mobility restrictions on age will be relaxed.

“So if you lock up the children at home and do not allow them to go out even for school, a big part of the economy does not function because our demographic profile is very young,” Chua said.

“Our median age is 25 years old; 53 million are below 25 years old and 39 percent of the people are below 20 years old. So eventually, we will look at this, but we will do this as safely as possible. And we will begin with the pilot of the face-to-face schooling,” he added.

As of October, persons aged 15 up to 65 have been allowed to go out.

Youth group Samahan ng Progresibong Kabataan (SPARK) yesterday lamented government plans to allow face-to-face classes next month despite the lack of vaccines and the continuous rise in COVID-19 cases in several areas in the country.

“Not only has it caused economic and mental strain to teachers, students and parents, but it also has contributed to the increase of suicide directly caused by the disregard of the administration for the well-being of the youth and their teachers,” the group said in a statement.

“This sudden push to resume classes in January is a silent admission to the defeat of their anti-poor and anti-student distance-learning policies,” it added.

President Duterte himself had initially vowed not to lift virtual classes without COVID-19 vaccines.

“Vaccine first. If the vaccine is already there, then it’s OK. If no one graduates, then so be it,” SPARK recalled Duterte as having said.

“This is despite the increasing number of COVID-19 cases in these areas as well as overwhelming scientific evidence against the said measure,” the group said.

It emphasized that “a simple return to face-to-face classes is not the solution to the educational crisis.”

“These ‘test runs’ of classes in January will only exacerbate the transmission of the virus. Bacolod, one of the areas seeking approval for face-to-face operations in January, is still exerting effort in bringing down their number of infections,” it said.

SPARK cited “a study conducted by the Journal of Korean Medical Science following the infection of Korean high school students after resumption of classes revealed that social distancing in schools is not enough to prevent the transmission of the virus, and that current measures and guidelines are inadequate in reducing the risk of indoor transmission.”

“Similarly, in cities and municipalities across the world that resumed face-to-face classes, local leaders have been demanding the shutdown and rollback of these policies due to the increase of COVID-19 cases in the areas,” it said.

The United Nation Children’s Fund (UNICEF) has called for teachers to be prioritized in COVID-19 vaccinations, once frontline health personnel and high-risk populations are vaccinated.

“The COVID-19 pandemic has wreaked havoc on children’s education around the globe. Vaccinating teachers is a critical step towards putting it back on track,” UNICEF executive director Henrietta Fore said.

At their peak in late April, nationwide school closures disrupted the learning of almost 90 percent of students worldwide, according to UNICEF.

While that number has since dropped, there continues to be an unsupported assumption that closing schools may slow the spread of the disease, despite increasing evidence that schools are not a main driver of community transmission. As a result, communities are again closing schools as cases are skyrocketing in many countries around the world, UNICEF said.

As of Dec. 1, classrooms have been closed for nearly one in five schoolchildren globally – or 320 million children.

“UNICEF is calling for teachers to be prioritized to receive the COVID-19 vaccine, once frontline health personnel and high-risk populations are vaccinated. This will help protect teachers from the virus, allow them to teach in person and, ultimately, keep schools open,” Fore said.

While decisions about vaccine allocation ultimately rest on governments, the agency noted that consequences of extended missed or impaired education are steep, especially for the most marginalized.

“These are difficult decisions that force difficult tradeoffs. But what should not be difficult is the decision to do everything in our power to safeguard the future of the next generation. This begins by safeguarding those responsible for opening that future up for them,” Fore said. – Czeriza Valencia, Ding Cervantes, Pia Lee-Brago